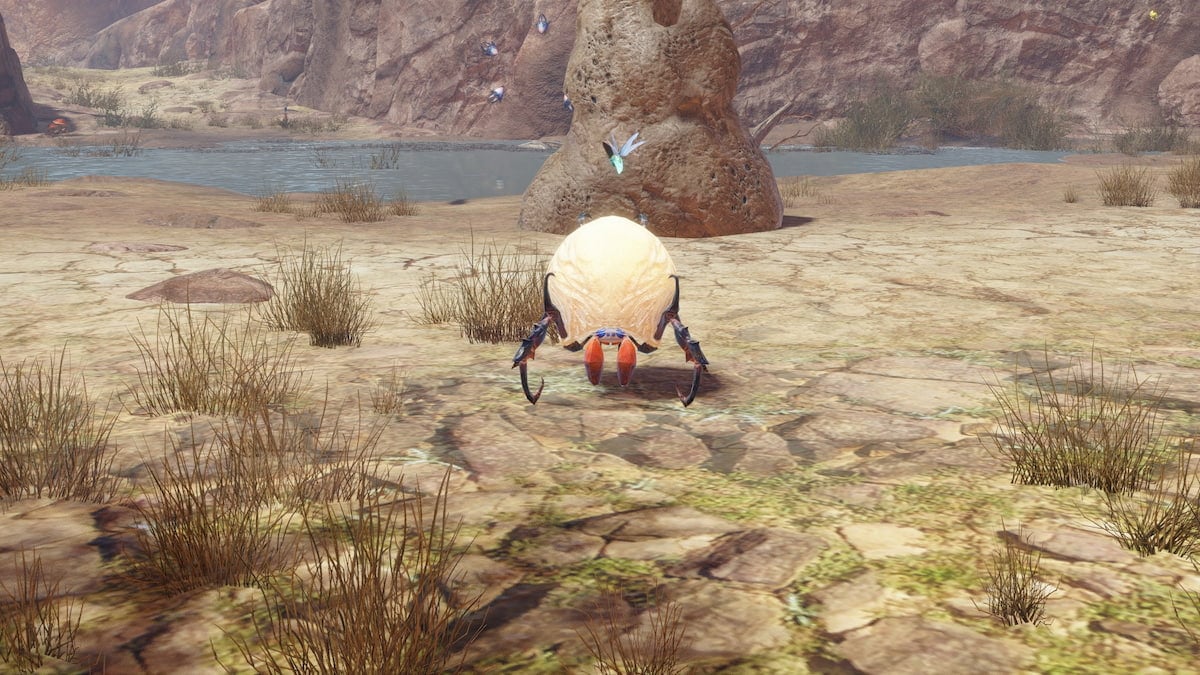 You can carve Rachnoid Mesmersilk from Master Rank Rachnoid small monsters, and it’s the most common carve (50% per monster) of the three possible rewards.

You’ll find Rachnoids in two locales: the Sandy Plains and the Lava Caverns. Between the two zones, the Lava Caverns has double the possible Rachnoid spawn locations, meaning between four and six additional Rachnoids to carve in the later-game level.

Rachnoids live in two zones in the Sandy Plains, 7 and 11.

Getting to zone 7 is easy. Simply follow the riverbed northwest from the main camp, and you’ll eventually come to a large open area with a small pond. Provided there are no large monsters present, there should be a few Rachnoid wandering about. The Rachnoid in zone 11 are in a lower area of the map, so climb the cliffs until in the zone and fall into the hole at its center. A few more wandering Rachnoid will be there.

Finding Rachnoid in the Lava Caverns is easier than in the Sandy Plains. The Rachnoid live in zones 4, 12, 13, and 14.

Reaching zone 4 is also easy. Follow the path from the main camp east. As long as there aren’t any large monsters around, there should be a few Rachnoid there. From here, follow the upper path north to reach zone 12. More Rachnoid will be waiting. Zones 13 and 14 are in the easternmost lava-lit caverns, which you can reach by doubling back south to zone 5 and taking the path down into the caves. Additional Rachnoid live in them.