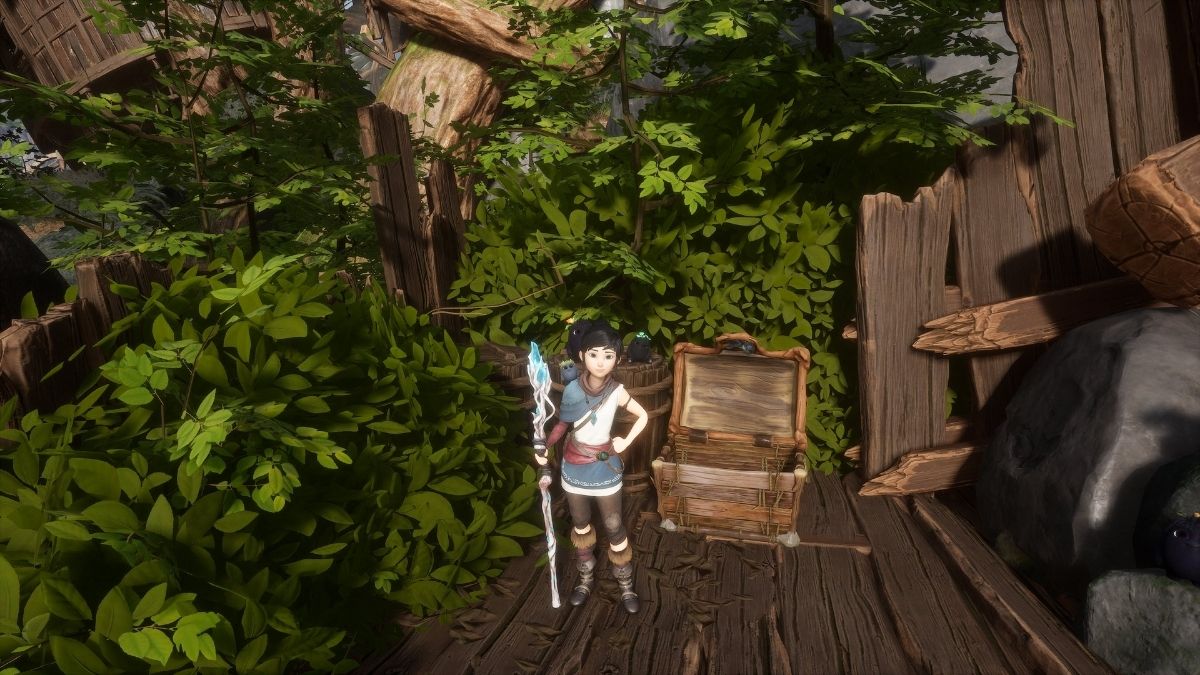 You’ve gone beyond the Storehouse and reached the Fields only to discover they are on fire. After you finally reach the Ancient Well and get the cutscene showing Akira’s fate, you can start searching around for collectibles. One of the first ones you can find is right outside but easily missed. That is the Autumn Rot Hat. Here is the location it’s hiding in.

After you leave the Ancient Well, go to the side of it to find a pile of stones. If you talk to the NPC in the area, she will tell you that some of the pieces of the well have fallen off and could be used to climb it. Well, that’s what you will be doing. Throw a bomb at the stone pieces like in the picture below.

After the bomb explodes, you can use the flower on the piece next to the large piece to launch yourself up to the platform. You’ll notice the long piece doesn’t quite line up. Shoot the crystal to make it turn. There is another way you can go about it. You can use the bow to help extend jump times. Latch onto the flower and jump when you start to fall. This will make you jump slightly. Now aim your bow to float in the air for a short time.

Throw a bomb at the rocks and shoot it with your bow to make them float. You don’t have time to spare since rocks will only float for a short time. Once the rocks are floating, hop across to the ledge on the other side. Climb up the broken wooden platform to find a chest with the Autumn Rot Hat inside.