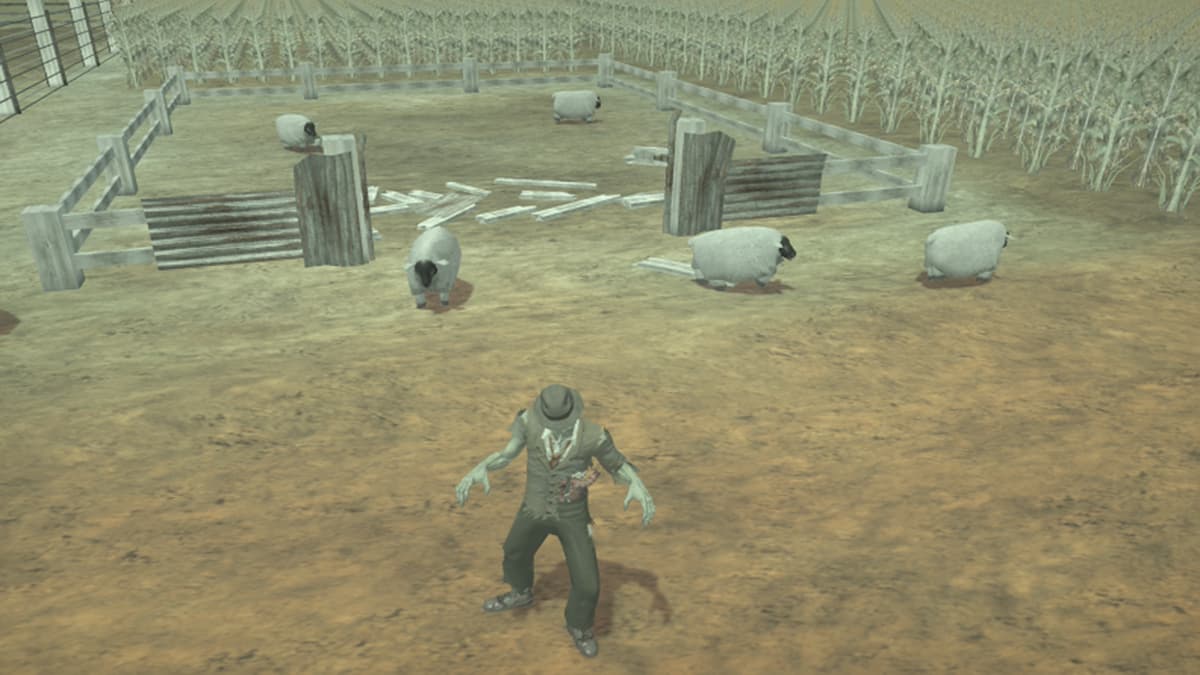 Achievements are usually a way for a developer to reward the player for meeting some kind of feat. Completing a game, finding a secret, or totally off the wall is how developers focus a game’s achievement or trophy criteria. Stubbs the Zombie in Rebel Without a Pulse handles its achievements with this randomness. The one we are focusing on is called Bahhh-Barian and reads, “You shouldn’t pet the sheep.” Here is how to unlock it.

To get the Bahhh-Barian achievement, you need to go to the one spot in the game where you can interact with sheep. This area is on the level titled Fall of the House of Otis. Fight your way through the first cornfield of militia and make your way to the path in the back right.

On the other side of the path is another cornfield. Deal with the militia here and make your way to the house on the other side. There will be a fence blocking your way. After a while, a militia member will yell to open the gate, but you will notice a pen of sheep to your right before that happens.

Walk up to the wooden panel on the pen, and you can interact with it to break it open. Once you do this, the sheep will start running towards the exit. As they pass by, melee attack one of them. There won’t be any new animation or anything; you will just hear the sheep make a sound then the achievement/trophy should pop.