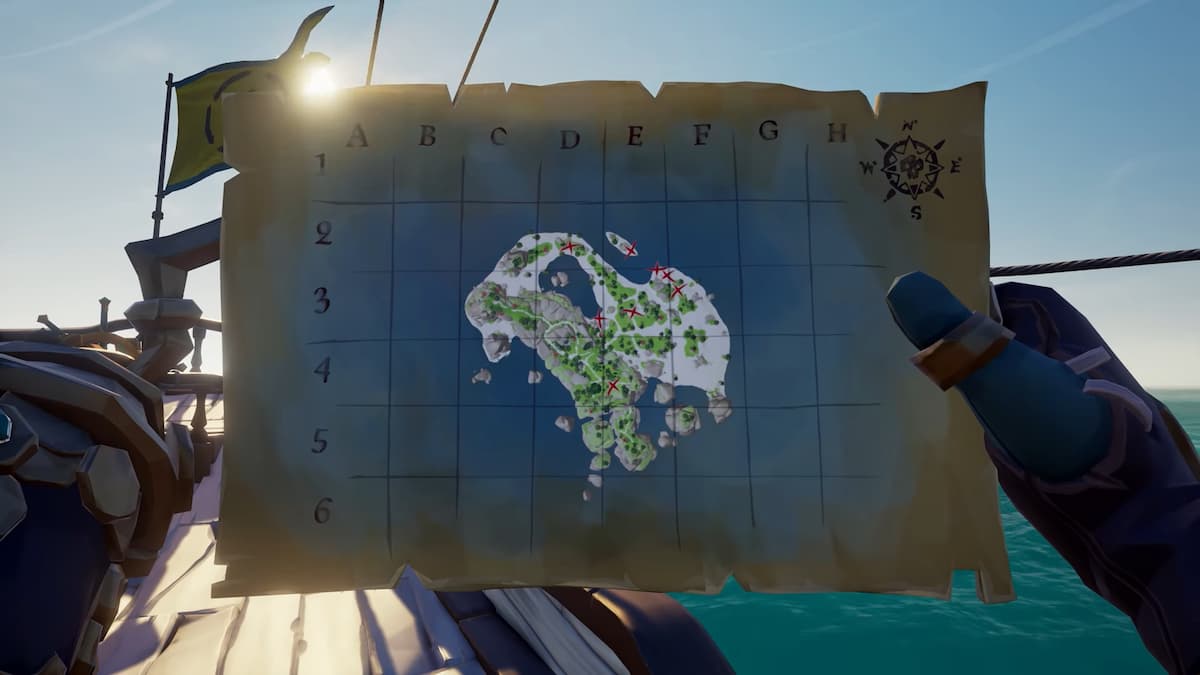 One of the most requested features in Sea of Thieves has finally arrived in the Season 5 content. That’s right, you can finally bury your treasure around islands, either returning back to retrieve it at a later time or, if you’re feeling generous, you can post a map to your treasure on the Quest Board.

However, if you want to get the Benevolent Benefactor Commendation, you’ll need to go above and beyond just posting a simple map to a treasure on the board.

In order to get the Benevolent Benefactor Commendation, you need to donate a Buried Treasure Stash map with a whopping five different pieces of treasure on it. This means burying five treasures on the same island.

The treasures can be anything that you would normally look to sell, so chests, skulls, gems, or crates are all fair game for this one. Just collect the treasure on your ship, head to an island, and bury them in the sand.

Be sure not to bury them on an Outpost, as you can’t donate maps that lead to Outposts. Any other island is open, however.

Once you’ve buried the treasure, head back to your ship and check the Buried Treasure Stash map that is created for the island you were on. You should see a red X wherever you buried the treasure and, if you did it right, there should be at least five on there.

With the map created, head to any Outpost or Seapost. Go to the Quest Board and scroll over to the My Maps section. Pick the map that has at least five Xs on it and post it on the Quest Board. This should complete the Benevolent Benefactor Commendation.

Note that no one needs to actually pick up the treasure for you to receive the Commendation. The act of donating the map should be enough.