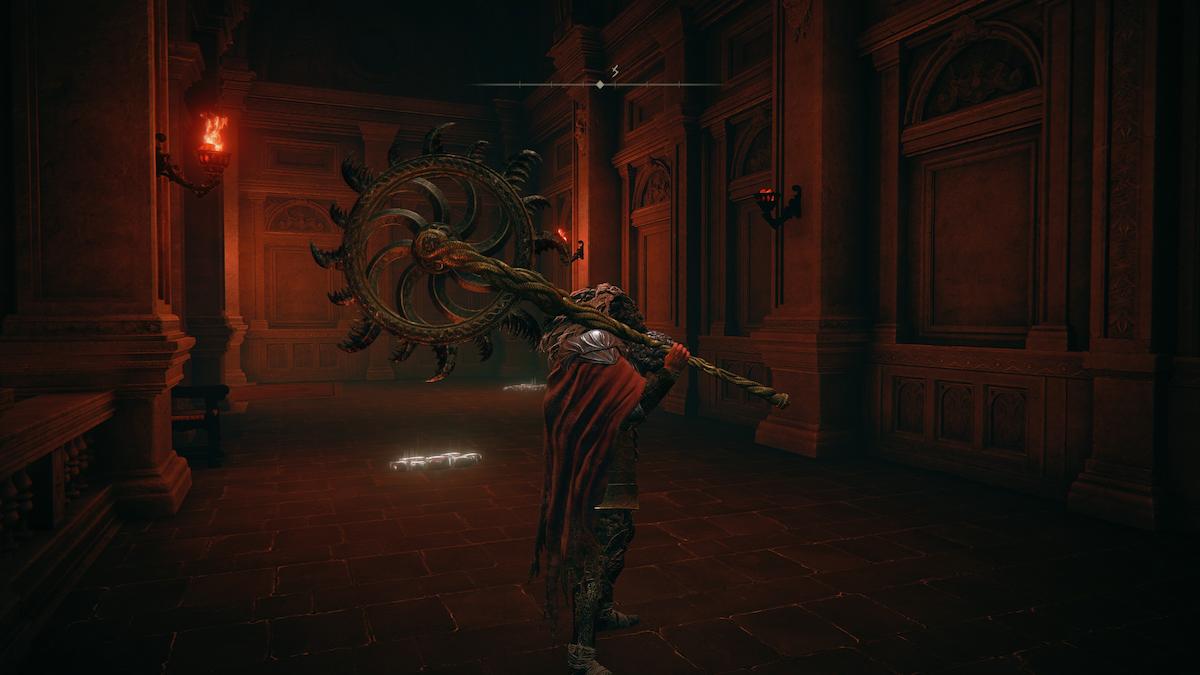 Elden Ring’s various Colossal Weapons are powerful pieces of equipment that can deal out massive amounts of damage to your foes. Given their power, they’re also a little harder to find. For one of these weapons, Ghiza’s Wheel, you’ll have to take down an NPC invader who can only be found in one particular spot.

To the left of this Site of Grace, you’ll see a staircase leading up. Follow it, and you’ll end up in a dining hall. Go to the back of the hall, and you should get a notification that you’re being invaded by Inquisitor Ghiza.

Ghiza may look intimidating, but he’s nothing compared to other bosses. He’ll try to attack you with his wheel, but you can easily roll through his strikes. Occasionally, he’ll dig his wheel into the ground, before pulling it up and spinning it in front of him for a few seconds. When this happens, wait for him to stop spinning his wheel before you attack; coming in contact with the spinning wheel will hurt you, and the weapon causes a lot of Bleed buildup. Once the blade stops spinning, hit Ghiza with a jumping heavy attack or simply fire away at him with magic. He should go down without much resistance within a few minutes. Once he’s down, the wheel is yours to claim.

Ghiza’s Wheel requires 28 Strength and 18 Dexterity to wield, and has D-class scaling with both of those attributes. It causes a lot of Bleed buildup, making it an ideal weapon if you’re dealing with enemies that have large pools of HP.