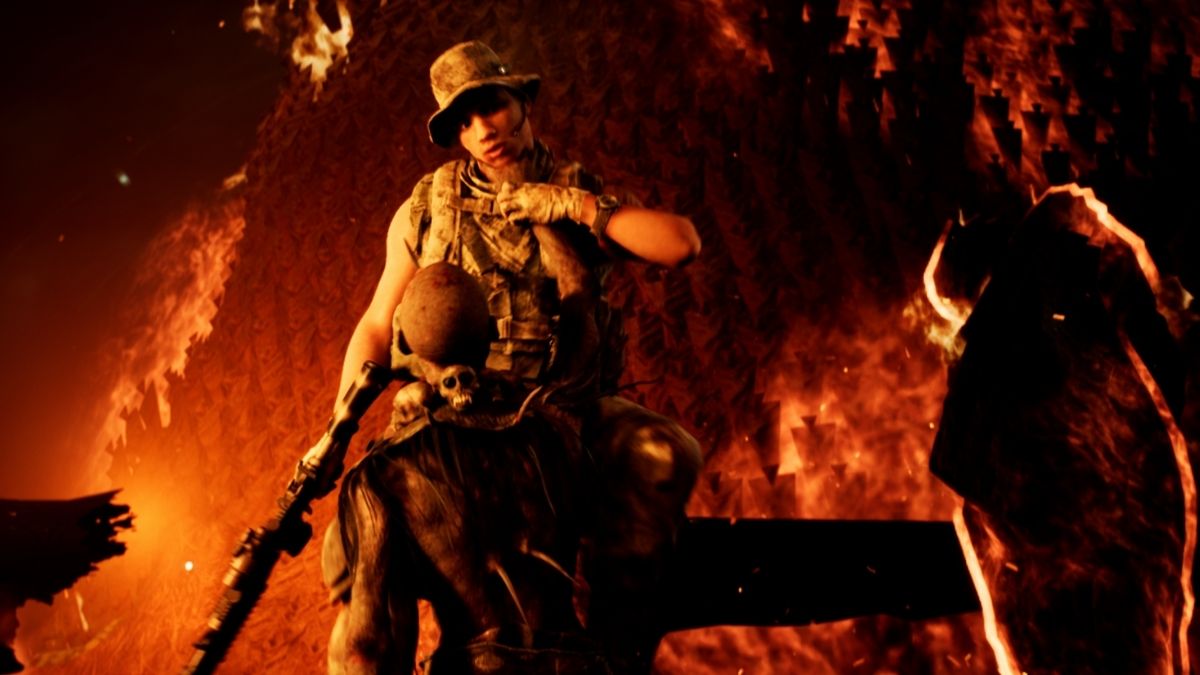 The Heart to Heart achievement in The Dark Pictures Anthology: House of Ashes is Nick’s time to shine. This achievement tasks you with defeating an ancient warrior (A.K.A. Balathu or Kurum). This isn’t able to be accomplished until the end of the game. Be prepared and get ready to survive. Here is how to get the achievement.

Give the stake to Nick

During the Bloodbath chapter, you will take control of Jason and have Nick as your companion. They will make their way into the catacombs. You will recognize this area from the prologue. After entering, turn to the left to find a dead body with a stake shoved into it.

Advance instead of retreat

Close to the end of the game, Nick will head to the mound of cocoons to plant the sticks of dynamite. Midway through this, you will be given the option to retreat or advance further. Stick to your guns and advance further into the area. This also comes with needing to complete a good number of QTEs. Be successful, and Nick will fire off a flare at the end.

After the explosions go off, Nick will appear to be dead for a brief moment. He makes a call on the radio, and the team will rush to save him. You should now be prepared to do some QTEs again. After the call, either Balathu or Kurum will lift nick into the air. Succeed at the QTEs, and Nick will battle the ancient one and kill them with the stake.