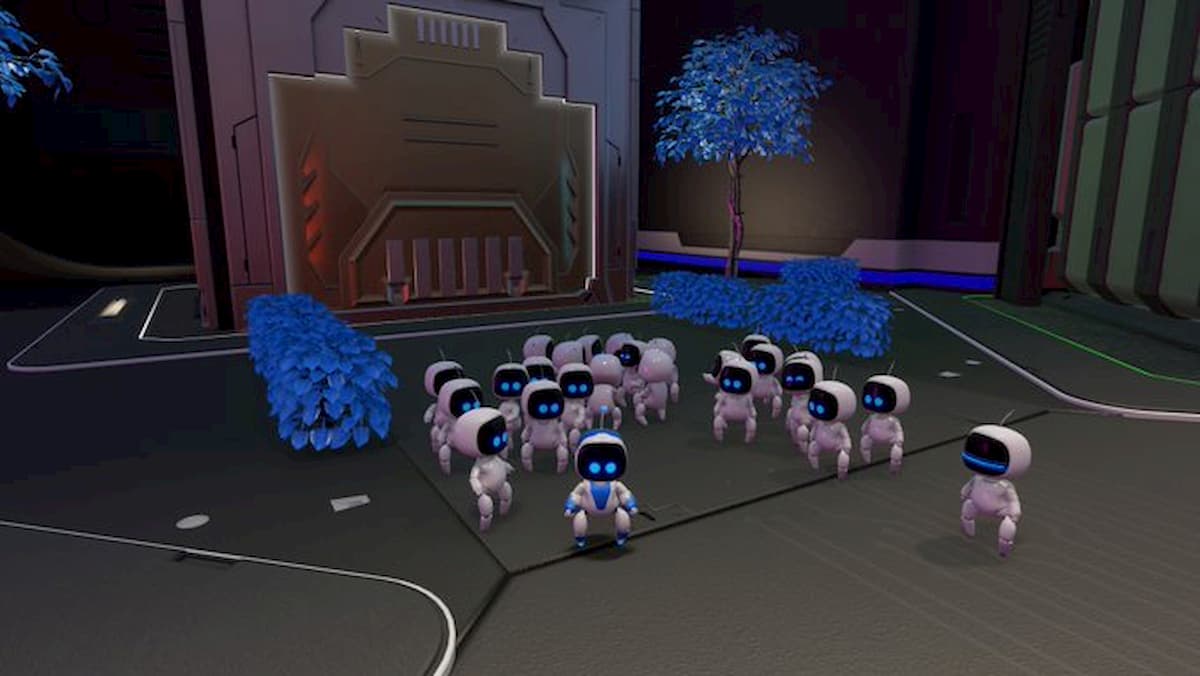 Most of the hidden trophies in Astro’s Playroom will take up a good chuck of your playtime. Although the trophy, “The Last Guy,” simply asks you to be followed by 20 other bots, it ends up requiring a lot more than expected. In addition, it isn’t made clear as to how to get them to chase after you.

Venturing to other worlds

You’ll notice that more bots gather in CPU plaza the more you progress through the game, making it the perfect spot to complete this task. However, you will at least have to complete three of the four worlds to at least have 20 bots scattered around the area.

There isn’t a particular three worlds you will have to do, but head back to the plaza once you’re finished. At this point, there should be 25 bots – most found in the center of the plaza. Some bots will be found hiding behind world portals, in case you need more.

To get each to follow you, punch them hard enough so that they fall over. You’ll need to be quick as they will wonder off after about 30 seconds. We recommend attacking closely gathered bots by holding square for a charged spin move to save you time.

With enough bots behind you, the trophy notification should trigger. If you’ve already unlocked the bottom portion of the plaza, you can also do this here, as well. You may find it easier to do there, with it being a small area with many grouped up bots in plain sight.