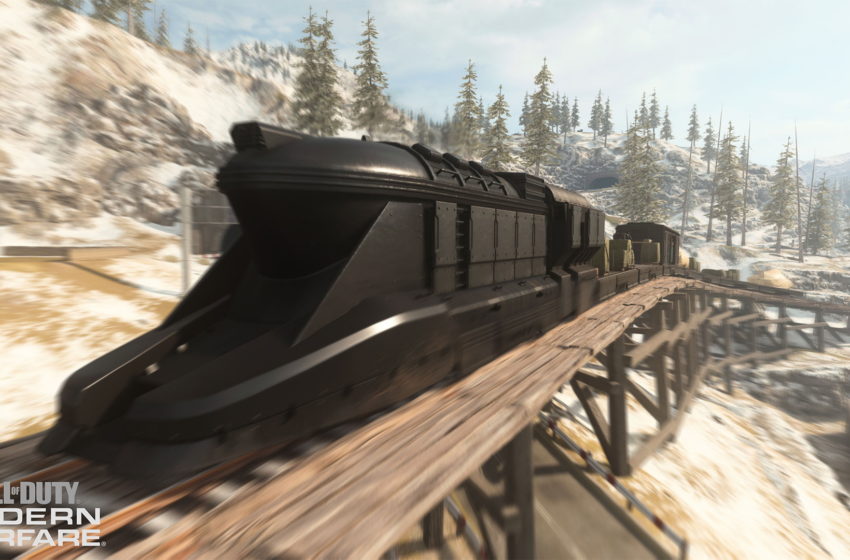 Verdansk has opened up in Call of Duty: Warzone, and there are a few changes to the map you need to learn about. For starters, the closed-off stadium near the center of the map now has a massive hole in it, and you freely explore it. There’s plenty of loot available at all levels of the stadium, and even a parking garage you can ride vehicles in and out of to break off into the larger map. There’s also a powerful train running throughout the entire town, and those who are lucky enough to jump on the back of it can get some decent loot in the process.

The loot train is a powerful locomotive rolling through Verdansk, and it is not bothered by anything. You can try to catch it by following the tracks through down to jump on it, or you can choose to land on the back of it to grab some seriously good loot at the start of the game. There are plenty of orange and blue boxes available to grab and equip yourself with some significant weaponry at the beginning of the game.

While the gear is decent, everyone in the game will likely have the same idea and want to join you, probably close to the beginning. For those who prefer to jump the train after landing, you can find it on the map indicated by the moving icon, similar to as if it were a vehicle.

Jump on it at your discretion, but it paints a pretty big target on your back, and you don’t have any control over it. The train will continue to run through the map and follow the tracks, so you may have to jump off when the gas starts to draw closer to the center.