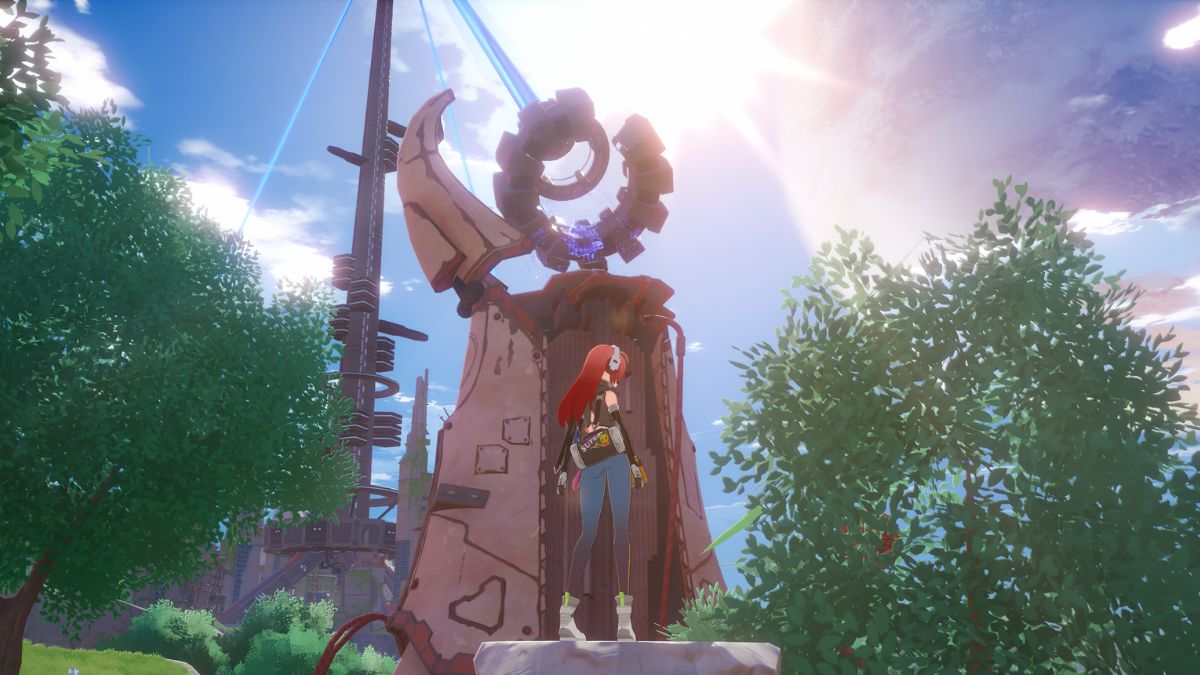 The mounts in Tower of Fantasy are rather interesting. You may end up getting one for free, but the rest of them are earned by collecting their parts and piecing them together. Each of the mounts in the game is comprised of at least two parts. Collect all of the parts, and you can unlock whichever mount you want. The Omnium Beast mount is a rather cool pair of legs that will run you across the map. To get it, you will need all of its parts. This guide covers how to get the Omnium Beast Left Arm.

Out of all of the Omnium Beast pieces, the left arm is perhaps the easiest to obtain. This piece only requires you to reach a specific area and retrieve a code. Before you can do that, however, you will need to make your way to the Banges region. This is the second region you will go to in Tower of Defense.

Once you reach the Banges region, head south to the bottom of the region. On top of a large metal structure, you will find the Banges Shelter Spacerift. Go ahead and link it so you can return here later (trust us, you will need to). Head north from the Spacerift into Banges Shelter.

Search the area for four scrapper robots similar to the ones you find at the top of Omnium Towers. Each of these robots will give you a piece of the four-digit code that disables the barrier blocking the left arm. Once you have all four digits, head over to the building with the barrier blocking you from entry.

Enter the code for the barrier into the keypad — 1647. It is the same for everyone. The code will disable the barrier. Open the Supply Pod inside to get the Omnium Beast Left Arm. The Supply Pod inside is a timed one, so you won’t be able to open it immediately. Make sure to come back later to claim your reward.