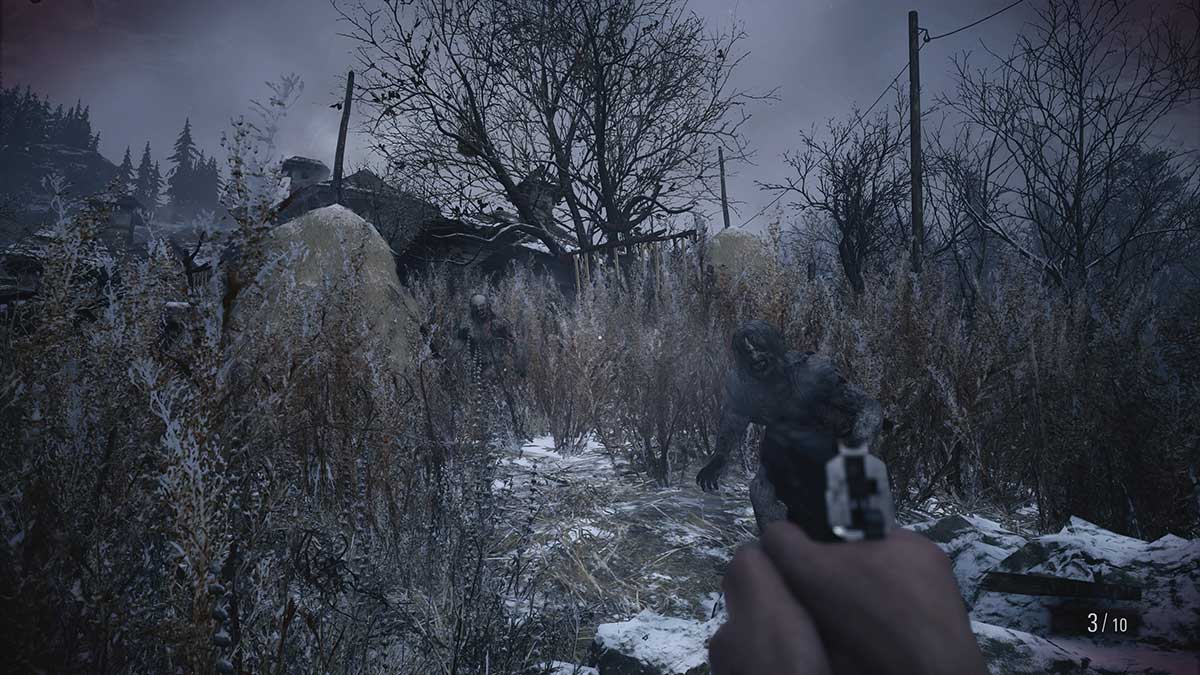 There are multiple treasure locations in Resident Evil Village you can access to unlock new weapons or find rare valuables to sell to The Duke. The rare valuables fetch a high price, making it easier to purchase items and weapon upgrades. For those trying to access the Riverbank Treasure House underneath Dimitrescu’s Castle and Vineyard, you won’t be able to do that until you defeat Moreau.

The main thing you need from Moreau’s area is the crank. It’s a key item that allows you to lower the drawbridge that you can find when returning from Castle Dimitrescu earlier in the game. Once you have that crank, you can return to the Lone Road area and access the drawbridge. On the other side is a boat you can drive down the lake and access a small dock. To the right of the dock is a door that you can push open, containing a fire brazier and a pair of unlit ones.

The only way to move the lit brazier in the middle is to hit it with your knife. For those who have already completed similar puzzles to this, such as the Special Chamber in Castle Dimitrescu, you know that you have to push the brazier into the unlit ones to set them ablaze. When this happens, the doors adjacent to them open ups. The one on the left is a room full of Lei, and the one on the right has a few breakable boxes and a wall with a small hole in it. Ghouls will come out from this hole one at a time, but you do not want to kill them. Each time you do, another one takes their place. The ghouls are a key to the puzzle.

When you have both doors open, the middle doors open as well. What you need to do now is knock the lit brazier into the ghoul, lighting them on fire. You then need to lead the ghoul into the next room and have them knock into the unlit brazier, opening the door to the Riverbank Treasure. You can then eliminate the ghoul, grab the items in the final room, and then depart.