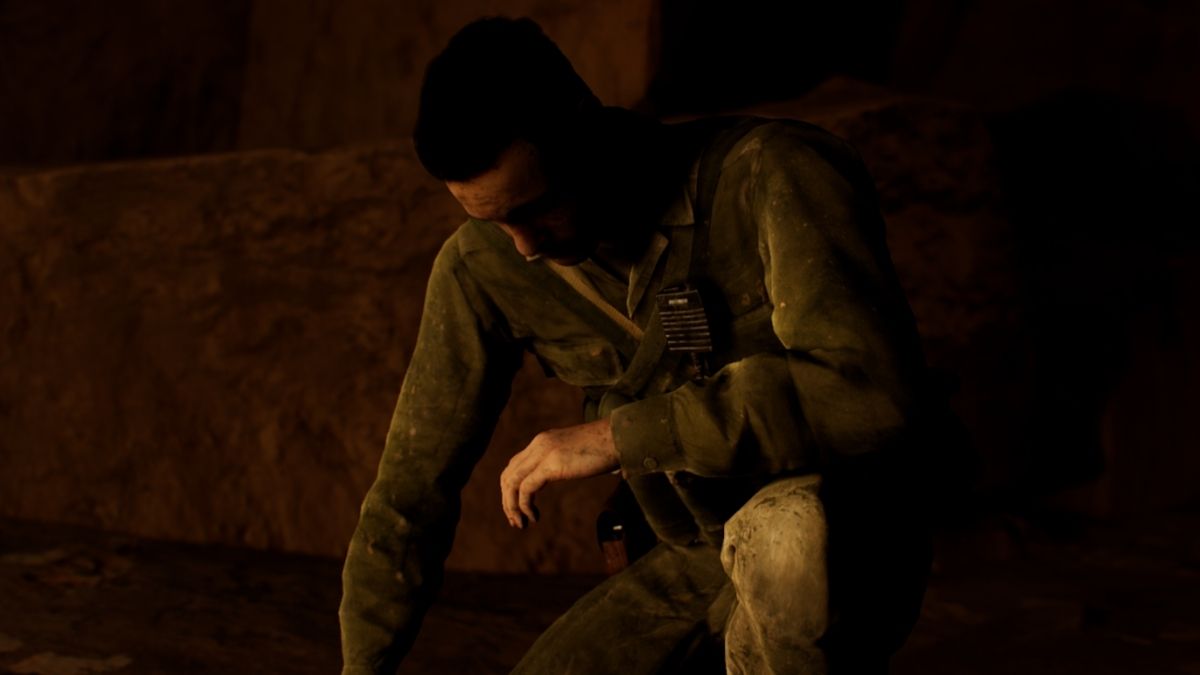 The Slayer achievement in The Dark Pictures Anthology: House of Ashes requires you to have Salim kill five creatures with his spear throughout the story. While this is doable in one playthrough, the number of creatures killed will carry over into a second playthrough. Here is how to get the achievement.

Progress through the story until you reach the Slayer chapter. At the start of this chapter, you will control Salim. A short cutscene will show him trying to get back up the broken stairs. Examine the truck and remove the boards covering the creature’s hand. The creature will spring to life and attack. Complete all of the QTEs in this scene to have Salim learn about the creature’s weakness and kill it with the metal rod.

There are two options that may be vital for the rest of the kills.

Doing both of these will ensure that Salim has a better relationship with Jason during this part. When Nick gets separated from Jason, Salim will appear and cover Nick’s mouth. During this time, Nick should agree to Salim’s plan. Succeed at the QTEs to sneak around the creature and take it out. Salim will have his second kill now. When Jason shows up afterward, Nick should reassure Salim that Jason won’t hurt him. Doing this will result in Salim being taken back to the temple.

After the group is assaulted by a large group of creatures at the temple, they will make their way to the catacombs for another assault. After this attack, Jason and Salim will be separated from the group and must work together. Progress through this chapter, titled Enemy of my Enemy, until you are trying to force open a door.

During this time, a creature will climb up from behind Salim and Jason. Succeed at all the QTEs here to have Salim kill the creature with his metal pipe. That’s kill number three.

Progress to the end of the game when the team is trying to escape and make it back to the surface. During the escape, Salim will get separated from the group and the creatures will surround him. Jason will need to decide whether or not to go back for Salim. Choose to go back for Salim and you will get a QTE sequence. Succeed at all the QTEs to watch as Salim kills two creatures in a row.