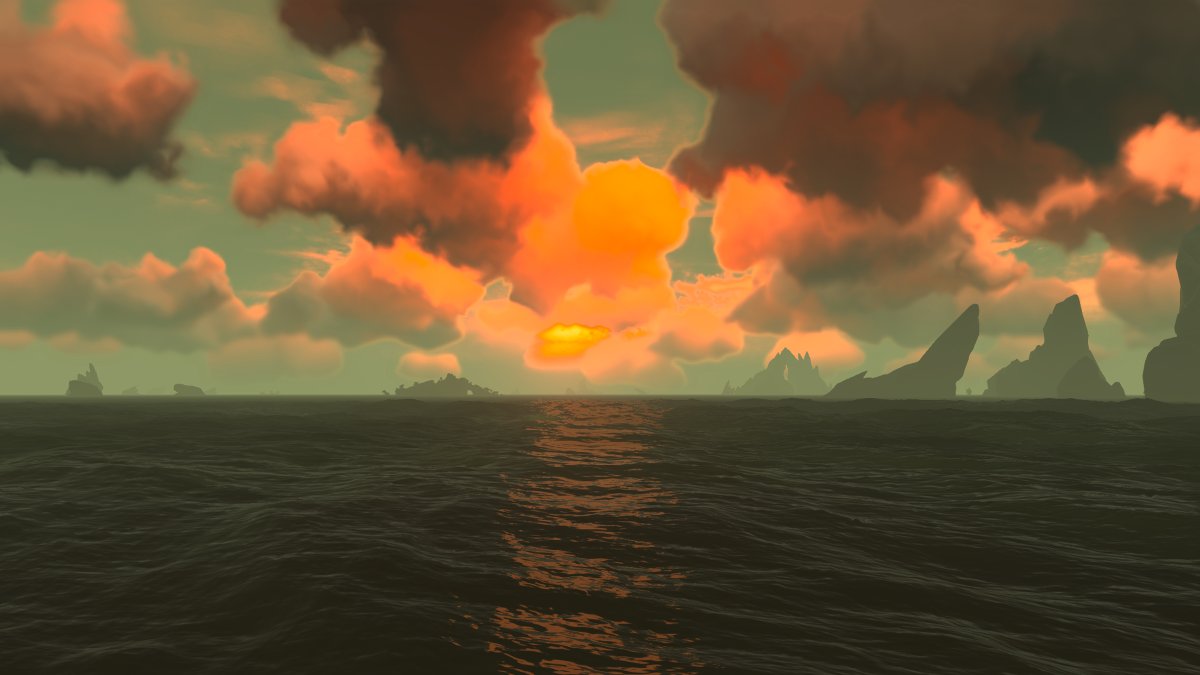 The “Smile, you son of a…” achievement requires you to kill a Shark with a Gunpowder Barrel. As you might have gathered, this is one of the more dangerous achievements in Sea of Thieves, but it can be a good time to get. It requires more skill and timing than luck, and it’s an awesome way to get back at those pesky Sharks for all they’ve done to you along your journeys.

Related: How to catch all Battlegills in Sea of Thieves

You’ll need to find a Gunpowder Barrel (red barrel with cross bones on it) before you can kill a Shark with one. The best and most consistent place to get a Gunpowder Barrel is at one of the Fortresses scattered across the map. Their locations are as follows:

If you don’t feel like heading to a Fortress, though, Gunpowder Barrels can spawn randomly on Large Islands, among Barrels of Plenty, on Skeleton Ships, inside Shipwrecks, and they can be gathered after killing a Gunpowder Skeleton if you didn’t blow it up.

Killing a Shark with a Gunpowder Barrel

After you’ve gathered your Gunpowder Barrel, there are a couple of ways you can go about killing a Shark with it. For the first strategy: equip a Sniper Rifle, fill your inventory with food, drop your Gunpowder Barrel off in the water about 10 yards offshore, swim out from the shore about 40 or 50 yards, and wait for a Shark to spawn. Sharks have a higher spawn rate at Shipwrecks, but they’ll eventually spawn in open water if you wait long enough.

Once you’ve spotted a Shark, swim back toward the shore, putting your Gunpowder Barrel between you and the Shark. After you have a good bit of distance, shoot the Shark once with your Sniper to damage it. The Shark should then swim at you to attack you if you’re still in the water. Just as the Shark reaches your barrel, you should be a safe 10 or 15 yards away (almost at the shore) and reloaded. Shoot the Gunpowder Barrel when the Shark is next to it. This should kill it and unlock the achievement.

Eat to heal if you get injured along the way and be careful not to waste your Gunpowder Barrel by making an easy mistake, unless you have some to spare. You could also implement a variation of this strategy in open water without worrying about swimming back to shore, but it might prove more difficult, as you won’t be able to escape the Shark.

Related: How to get the Tactical Chunder achievement in Sea of Thieves

For those who prefer a headstrong approach, this achievement is reportedly unlockable if you kill both yourself and a Shark by detonating a Gunpowder Barrel (press RT on controller while holding the barrel). Be warned, however: it takes a few seconds for the lit fuse to reach the powder, so you’ll have to time this just right.

For this strategy, we recommend swimming out to open water with the barrel, waiting for a Shark to spawn, backing away quite a bit, shooting the Shark with a Sniper Rifle, picking up the barrel and pressing RT, and taking the 50% damage from the Shark that you’ll certainly take when it bites you. At this point, if you timed it right, the Gunpowder Barrel will detonate, and you’ll both meet a watery demise. Shortly after, your achievement should unlock.