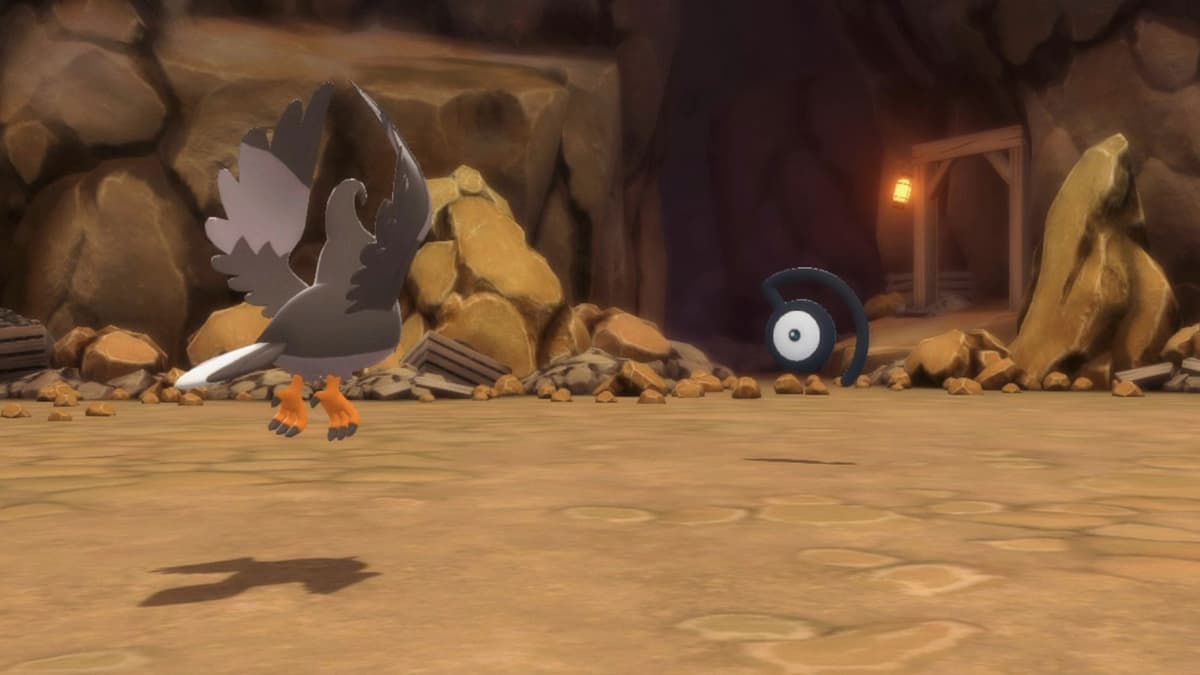 Much like in the original titles, there’s a lot to do in Pokemon Brilliant Diamond and Shining Pearl. While on your quest to become the Pokemon Champion of the Sinnoh region, the player can do side content. Another sidequest players can indulge in is the Maniac Ruin Cave. Inside there’s a digger called the Maniac Ruin who challenges the player to a race to see who can get their respective task done the fastest: him completely digging through the cave or you catching 26 Unown. Collecting the Unown will result in the cave being expanded. However, these Unown can only be found in the Solaceon Ruins, which can be tough to get to since the path is blocked by trees and ledges.

To get to the Solaceon Ruins, fly to Solaceon Town. Head North a bit until you’re about to go onto Route 210 then turn right. You’ll enter a forest with ledges. Just keep going right until you get to the last ledge. Jump over the two ledges and then jump over the right ledge. When you do, you’ll be at the entrance to Solaceon Ruins. Once inside, you’ll be able to start collecting Unown. Once you collect all of them, be sure to head back to the Ruin Maniac to tell him the news. There’s also a little kid in Solaceon Town that will give you Ball Capsules if you show him each form of Unown. To talk to him, you’ll have to jump down the middle set of barriers and enter the second-most bottom house.