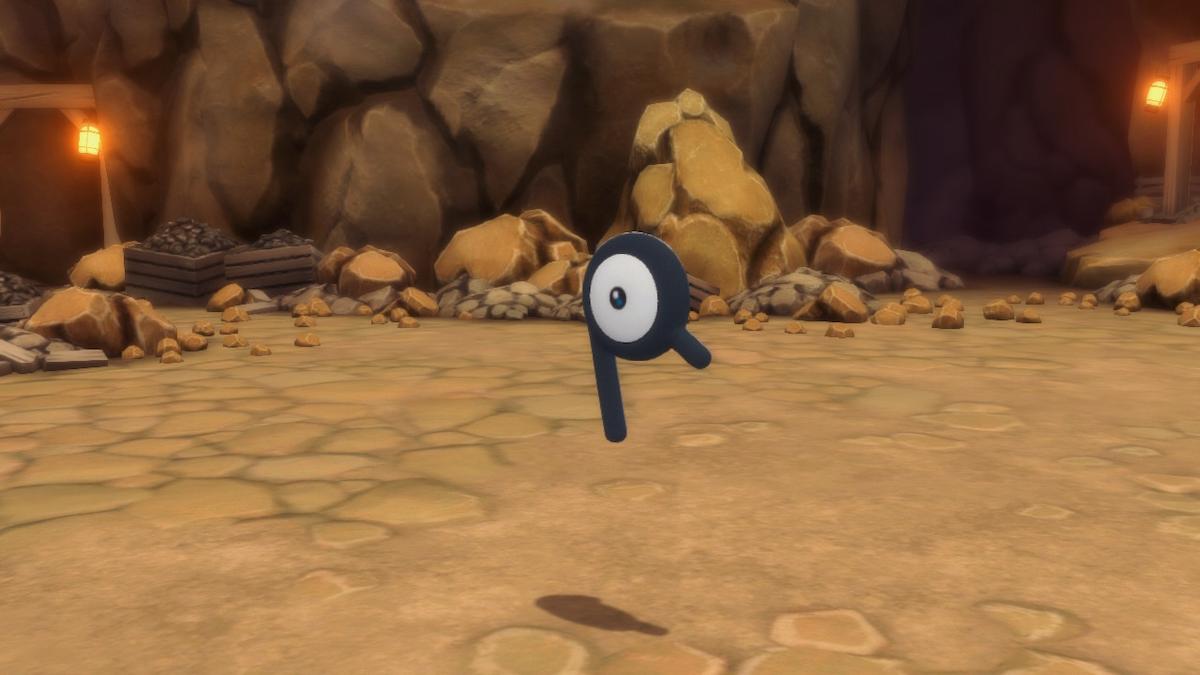 Introduced in Pokémon’s second generation, Unown is a rather strange Pokémon. Despite being a single species, the Pokémon has nearly 30 variants, each of which resembles the letters of the modern Latin alphabet. Here’s where you can find this strange, highly-varied Pokémon in Pokémon Brilliant Diamond and Shining Pearl.

Unown are, appropriately, tucked away inside one of Brilliant Diamond and Shining Pearl’s more mysterious areas — Solaceon Ruins. You can reach the ruins from Solaceon Town by following a path through the trees behind the town’s Pokémon Center. Continue right along the path until you hit the end; jump over the three small obstacles below you, and the ruins’ entrance will be on your right.

Once you enter, you’ll be faced with multiple stairways, some of which lead to dead ends, while others allow you to venture deeper into the ruins. The ruins are rife with Unown, and one should ambush you within a minute or two of exploring. If you want every type of Unown, you’ll be able to catch 26 variants of the Pokémon here. Each of Solaceon Ruins’ six larger rooms hosts a unique type of Unown that can’t be found anywhere else, while the other 20 types can be found in any of the dead-end rooms.

There are two types of Unown — the ones shaped like exclamation points and question marks — that you won’t be able to get at first, but they can be obtained after a bit of legwork. After catching the first 26 variants, visit the Ruin Maniac and you’ll discover he’s dug a tunnel from Route 214 to Solaceon Ruins, allowing you to access a part of the ruins you couldn’t before. Here, you’ll be able to complete your Unown collection.