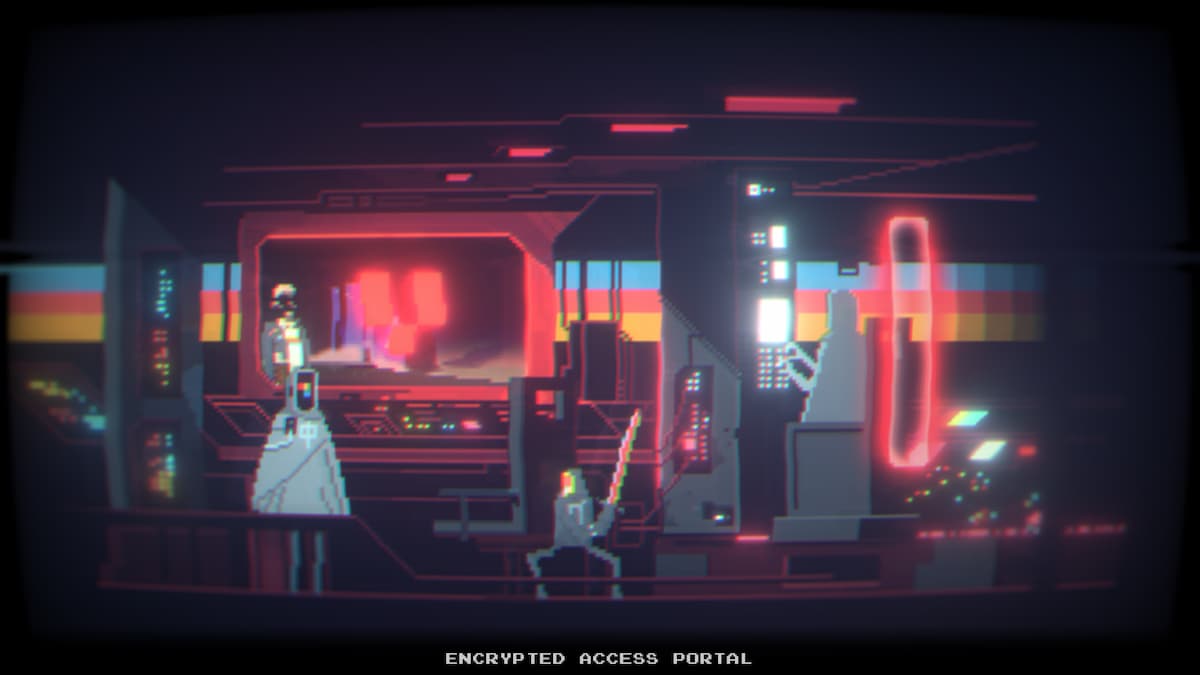 One relatively early area in Narita Boy gets a bit confusing if you aren’t keeping track. The Tesseract area, located around the Creator’s Tears, is the first time the game really throws a lot at you. Not only are there tons of new enemy-types to deal with, but you’ll also find several switches placed in areas you might expect. If you need some help navigating, we have you covered in the guide below.

Once you enter the area from your short climb, head to your right to get to the Alpha Tesseract. You’ll have to fight off several new types of enemies that you’ll become familiar with over the course of your playthrough. Fortunately, they aren’t too hard to take down.

Soon, you’ll find a building you can go inside of. Make sure to note what the blue symbol is in the background. You’ll need this to solve the quantum mediator puzzle to get inside the Creator’s Tears area. Don’t leave too soon, though. Behind the building, you need to hit a switch to unlock a hidden building further down the line.

It’s now time to head left. As you go, you’ll notice the quantum mediator waiting for you. Unfortunately, you can’t use it just yet. Keep heading to the right and fighting off more new enemies. Eventually, you’ll come across another building that contains a friendly toad.

Make a note of the yellow symbol on the toad’s face as you’ll need it for later. Again, make sure to go past the building to find the second switch for the hidden third building.

Getting the final piece of the code

Now, you just need to head back to the quantum mediator, input the code you’ve pieced together, and move onto the Creator’s Tears area.