Wings are one of the most useful traversal items in Terraria, letting you quickly get from place to place, avoid hazards on the ground, more easily take on flying enemies, and even reach entirely new areas. All that utility comes at a cost, though, as it will take a lot of time, hard work, and potentially money to get your first pair.

While the best wings in Terraria will take a lot of commitment to get, there are fortunately some that are a bit easier to reach.

Where to find wings in Terraria

First things first: You must be in hard mode to get wings in Terraria. That means you’re going to have to spend the time to beat the game in normal mode before you can even think about getting wings. To open up hard mode, you need to beat Terraria’s final boss, the Wall of Flesh, in the underworld. Once you do that, your game will automatically switch over to hard mode.

Once you’ve activated hard mode, you can start farming wings. There are dozens of different wings in Terraria, all with their own requirements to unlock. Some are dropped from specific bosses, a few can be purchased, and most are craftable with rare materials that only drop in hard mode. Because there are so many, you’ll likely end up with a few different pairs of wings if you play Terraria in hard mode long enough, but aiming for one of a few relatively easy pairs will make things much easier for you.

Crafting wings requires Souls of Flight, so the best place to start farming materials is way up in the sky. To collect Souls of Flight, you’ll need to hunt Wyverns, which only spawn at very high altitudes. The quickest way to reach the Wyvern after you start hard mode is to simply start building and climbing a tower until you reach the right height. If you come across a Floating Island, you should be at the right height.

You might not be able to take the Wyvern on as soon as you get to hard mode, though. It hits incredibly hard, so you’ll need a decent set of armor to survive its attacks if you’re not able to dodge them consistently. Along the way, you’ll also encounter Harpies, which can pose a challenge to weaker characters as well. On the plus side, Harpies can drop the Giant Harpy Feather on rare occasions, which will make crafting a good pair of wings easier down the line. If you happen to collect one, hang onto it.

Related: How to get fishing bait in Terraria

Ranged weapons and weapons that can hit multiple parts of the Wyvern’s body are your best bet to take it out. If you’re struggling too much to take one down, consider gearing up and coming back later, because you’ll need to fight a lot of them. You’ll need 20 Souls of Flight to make your first pair of wings.

If you managed to find a Giant Harpy Feather, your work is pretty much done at this point. You’ll need to craft a Mithril or Orichalcum Anvil to make any pair of wings, but the Harpy Wings only need one Giant Harpy Feather and 20 Souls of Flight. They’re also one of the better early game wings you can make, so it may be worth spending some extra time hunting Harpies to get them.

If you can’t find a Giant Harpy Feather, the easiest thing to do is head to the Hallow and kill Pixies. You should be able to acquire 100 Pixie Dust fairly quickly this way, which will let you make Fairy Wings when combined with your 20 Souls of Flight.

You may be lucky enough to have a world with the hive biome, in which case you can get one of the best early hard mode wings without all the farming. All you need to do is defeat the Queen Bee boss in the hive (which you can summon by destroying the larva found there). After defeating the Queen Bee, the Witch Doctor will move into an open house in your town, and you can buy a pair of Leaf Wings from them for one platinum.

There are lots of other wings to find in Terraria’s hard mode, but getting far enough to snag a pair of end-game wings pretty much requires you to start with a lesser pair. Focus on getting one of these pairs first and you’ll find your time in the game much easier and more fun. 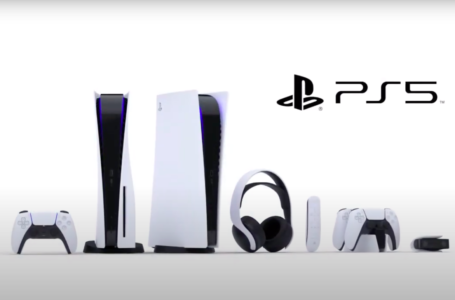