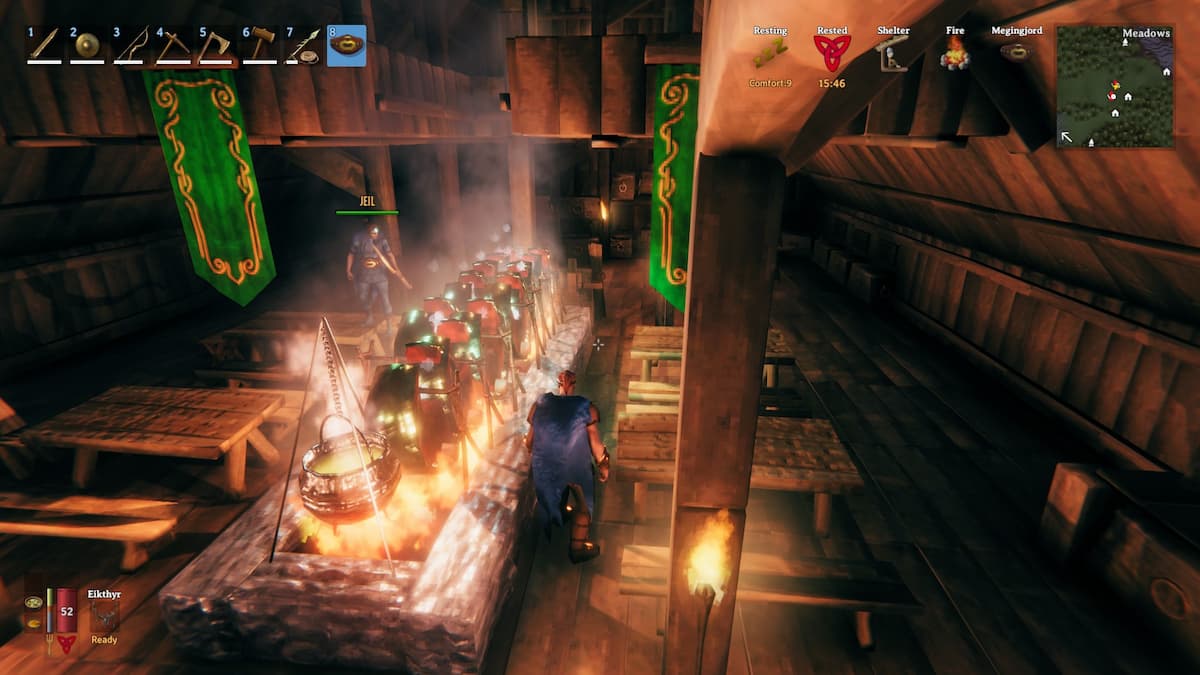 There are numerous creatures you can encounter and hunt in Valheim. When you take them down, they drop precious resources you can brew into weapons, armor, tools, or even add to meals to create some of the best food in the game. If you’re looking for a high quality kind of meat, you can acquire it from hunting the sea serpent, a large creature that hunts boats that you sail out. While the creature is large and fast, there are some great ways to take it down, and hunting it the proper way can provide you some great rewards.

How to find the sea serpent

The sea serpent operates on its own schedule. You can go hunting for one in the middle of the ocean, but there’s no distinct way to find one until it finds you. You’ll typically see it swimming behind your boat, chasing after you and trying to dislodge you and your crew into the water. If you have a longship made, you’ll do fine, but the karve is a bit more problematic as it cannot take too many hits from one before sinking. While the karve can maneuver away from one, a longship can typically outrun it. We recommend using a longship if you plan to hunt these creatures strictly.

Some players have seen sea serpents swimming along shorelines and have been able to kill them without needing a boat. While it’s true, and we’ve proven you can do that, we don’t recommend running across every shoreline in Valheim searching for one. You’re better off crafting a boat to go searching for them.

How to hunt and loot sea serpent

You won’t be able to use any of your melee weapons against the sea serpent. Instead, you’ll have to use ranged attacks, so a bow with a pile of arrows will be the best way to take down this fearsome creature. Typically when it reaches half health, or close to a quarter, the sea serpent will swim away from your ship, attempting to heal.

How you can prevent this is by using a harpoon. The abyssal harpoon you can make in Valheim is crafted using chitin, an item you can harvest off the top of the kraken’s head. You can find the kraken floating around the sea in random locations in Valheim. You use the harpoon like a bow, firing it out at the creature and attempting to catch it. When you do, a notification appears that you have it hooked, and a line connects you to the sea serpent. If you attempt to pull out your bow or any other weapon, the line breaks, so you’ll need a few other players to help you take it down.

Whenever you defeat the sea serpent, its meat floats on the water, and you can grab it by swimming through it. However, we highly recommend using the harpoon to hold the sea serpent and drag it closer to shore. Not only does the serpent drop its meat, but it also drops serpent scales. These scales will float to the bottom of the sea. If you’re in the middle of the ocean, they’re gone, but if you bring the serpent closer to shore, you can pick them up without any trouble.

When you take the serpent meat back home, you can blend it into a stew for a massive boost of health and stamina.