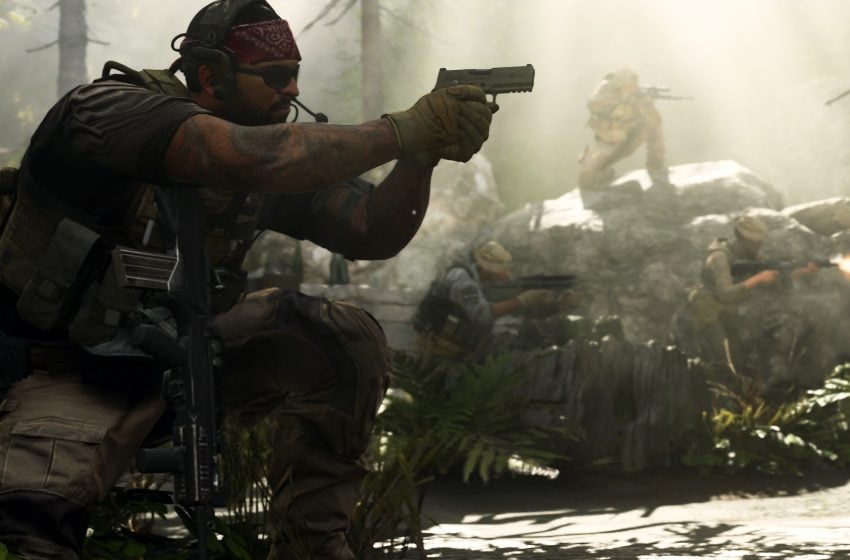 Players of Call of Duty: Modern Warfare have wanted to take a moment away from the battlefield’s madness to inspect their weapons. It makes sense given the high-quality look of these guns, the various decals players can choose to have on them, and the multiple attachments they can equip. While a weapon’s attachments do offer much more than aesthetics, it’s a feature, players now have the option to do while they’re out in the middle of a fight rather than only at the armory.

When you want to inspect your weapon, it doesn’t hurt to take a look around to make sure you’re not out in the open. You can choose to do right when you respawn, or for those playing Warzone, you can sit back and chill out in a secure spot waiting for other players to run past you nearby. After you’ve done that, for those playing on a PC, you want to hold your I button to bring your weapon up. For those playing on the Xbox One or PlayStation with a controller, you hold on the left directional pad.

Feel free to take a screenshot while examining your weapon to share it with friends, or merely take the minute or two you have to relax to check it out. Don’t be too transfixed on it, though, because other players may take the opportunity of your distraction to open fire on you and send you back to a respawn point.

FIFA 21: How to complete End of an Era Lukasz Piszczek SBC – Requirements and solutions