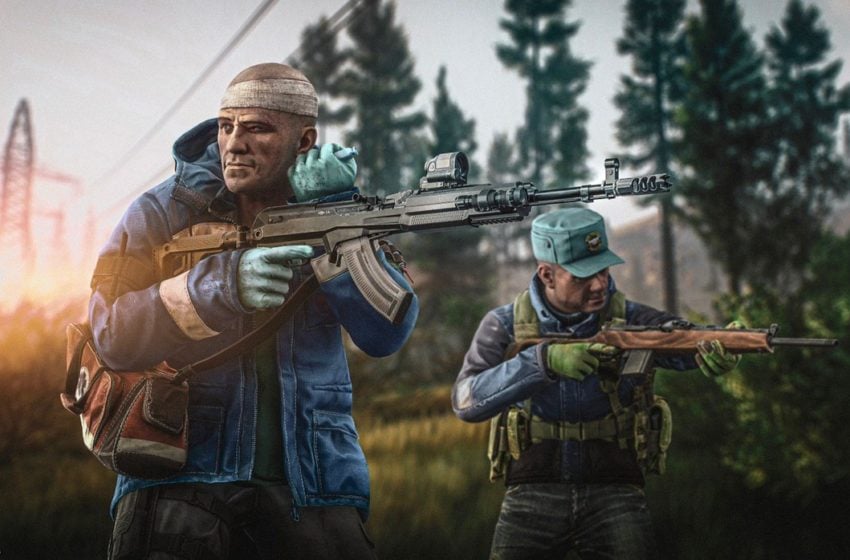 Escape From Tarkov’s 12.7 patch has gone live and has added a lot of new features and updates. Along with the many updates and bugfixes, Battlestate Games has also added a new boss for Shoreline and a new stash in the Labs. The Scav boss Sanitar and his minions are roaming the map, and they are making it more difficult for players to loot the resort. Luckily engaging this boss is worth the risk just to get access to his stash on Labs.

Here is our guide on how to kill Sanitar and his cronies.

First, we are going to dive into Sanitar’s equipment, so we know what to expect. Like all bosses in Tarkov, Sanitar tends to have better weapons than what you would find on a standard Scav or Scav Raider. He can carry an OP-SKS, VSS, or a Kedr-B as his primary weapon, and tends to carry an APS sidearm. Sanitar also carries various medical supplies and stims, including a M.U.L.E stim, Morphine Injector, Grizzly first aid kit, and a CMS kit. This boss is based on a paramedic, and he will heal himself and his followers if they take enough damage.

Sanitar has two well-armed guards as followers. Like all boss followers, their gear will differ on each encounter, but they almost always have class 5 armor and helmets with face shields. These minions tend to carry on of the AK series rifles, a Saiga 12 gauge, or a Hunter carbine. They also carry a selection of grenades and love to use them, so do not let yourself get caught in an enclosed space. Like their boss, the minions carry various medical items and will break off to use them.

Some unique items to note: Sanitar carries a blue key card and a new key that will get you access to his stash on Labs. It is also possible for his followers to spawn with the new Pestily plague mask.

The boss and his minions primarily stick to the resort and will roam near the (formerly) safe entrances. They can also spawn at the port and near the villas. If you spawn on the west end of the map near the village or tunnel, the best way to find Sanitar is to search the villas first before heading into the resort. If he is at the villas, you are more likely to catch him in the open where you can use long-range weapons to deal with him. He tends to spawn in the yard of the locked villa with the ambulance and will use the bushes as concealment.

If he isn’t at the villas, you can move on to checking the resort. Start at the entrances of the resort and work your way in from the perimeter. Sanitar tends to roam the halls on the ground floor. Watch your corners and be extra careful when entering, or you will get ambushed. He doesn’t spawn at the port often enough to search it unless you spawn nearby or have already cleared the rest of the map.

The most challenging aspect of this fight is Sanitar and his minions healing themselves. While this boss has higher health than Scav Raiders, he is not as tough as Killa and Glukhar. To make up for this, Sanitar and his followers will break off from combat and heal themselves when they have received enough damage. Strike hard and fast, and it is possible to take him down with the opening attack. If you do not kill him quickly, the fight can turn into one of the longest in the game.

The best way to handle the boss is to make use of headshots and grenades. Choose a weapon you are confident with and can use to make quick successive headshots. If you choose a comfortable weapon and equip plenty of frag grenades, this battle will be a breeze.

When you first engage the boss, he will try to rush you. Let him push you back outside, where he can be a bit more manageable. Once Sanitar and his followers are outside, they will default to the common boss tactic where they work as a team to try and flank you. Thankfully there is not as much cover around for them to use when they need to break off and heal. Put a little distance between yourself and the boss, then start hammering away at their heads. Once you reach the point where they try to break-off and heal themselves, they will be much more exposed. This gives you a chance to pick off the boss or one of his followers as they try to find cover.

As they roam the resort’s ground floor, it is easy to catch them in enclosed spaces that are prime targets for grenades. If you can sneak up on them, just wait for them to enter a room or more closed off hallway, toss a grenade, and then head towards an exit. They will either try to rush you or stop to heal, leaving them very briefly vulnerable for a follow-up attack. If you choose to force them to fight indoors, be sure to push the advantage the enclosed space gives you. When their health is low, Sanitar and his guards will try to duck out of the fight and find a place to heal up. When they are inside the resort, this is most likely in an open room or outside through a window. Either way, another grenade or a headshot will make short work of them.

Because Sanitar roams the resort, there are often standard Scavs around that can cause a problem. They are not near as dangerous as the boss and his guards, but they can still pose a problem if you let them sneak up on you while fighting the boss. Stay on the lookout for any Scavs in the area and take them down before they become a distraction. If you don’t kill any stray Scavs, they will alert other enemies in the area and will try to rush you. Sanitar will use this distraction to his advantage and ambush you.