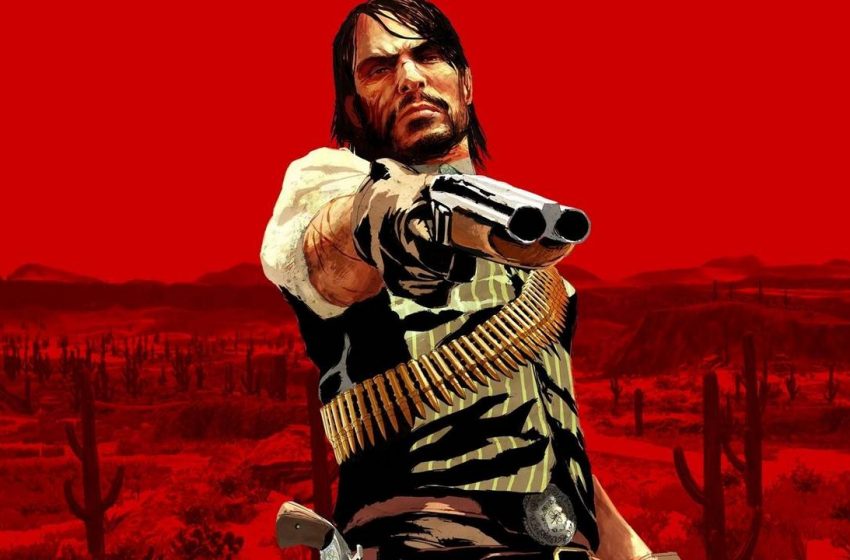 Red Dead Online is a great game that allows you to live out your cowboy/girl fantasies without ever having to leave the comfort of your favorite chair. It’s an amazing technical feat and one that should come as no surprise to anybody who’s ever played a Rockstar game, but like all things in life, you’re going to need money to survive.

How To Make Money In Red Dead Online

When the game was first launched in Beta there wasn’t a great deal that you could do to make gold nuggets and cold hard cash, but now that’s all changed, and there’s plenty of ways to get the moolah you desire to buy all the best gear and clothes for your Outlaw Avatar. Some things are still missing from it though for example; you can’t rob trains or banks which kind of makes sense as if you could then that’s all anybody would do, and you can’t rope or steal horses and sell them on either. Hopefully, these will come in future updates but until then if you follow this simple guide, then you’ll soon be rolling in enough green stuff to make even the most hardened criminal cry with envy.

Spoiler Warning!! If you’re new to Red Dead Online and have only just started, then you might want to skip this entry as it does have a spoiler in it. When the Beta first hit there were only a few parts to Land Of Opportunities. You got as far as storming the fort, and that was it, but since then Rockstar have come through on their promise to add more and more missions, and they’re a great way to earn money. Team up with other players and play through each story and as long as you manage to complete it, then you’ll be handsomely rewarded with both gold and cash.

Hunting is quite simply the easiest way to make money in Red Dead Online. You can pick a start point at one butcher’s in-game, say Saint-Denis, and head out on the trail as you make your way to another on the other side of the map. If you want to immerse yourself in the hunting life, you can take as long as you want and go as deep into the wilderness as your bravery will allow you (because of bears), or you can ride across the map and shoot any wildlife you happen across. Either way, you’re guaranteed to make a good stack of green for your troubles and if you fancy a change of pace grab a fishing rod and find a beautiful shoreline as you can pull in big bucks for your catch.

Throughout your time in the Wild, Wild West you’ll be gifted, or will find, treasure maps. These are a great source of gold and should be opened as soon as you have one to hand. The game will then mark its location on the map, and all you have to do is visit the area and search around until you find the glowing box. It can be a massive pain in the bu** at times and will leave you frustrated when you seem to be going around in circles with nothing to show for your effort but in those circumstances, just jump on YouTube as there’s always a video that will show you the exact spot you need to be at.

Ever since it first appeared in the original Red Dead Redemption, Poker has been a firm favorite among the fans. It’s a nice change of pace from all the murder and stealing that you usually find yourself immersed in, and now you can take to the card tables in Red Dead Online. Be warned though; it’s a double-edged sword. You can win big and take your opponents to the cleaners, but there’s also a good chance that you’ll be on the receiving end and find your stack wiped out, meaning you might not even be left with the 25 cents it costs to feed your horse.

Clear Any Gang Hideouts You Find

During your travels across the vast expanse that is the Red Dead Online map, you’ll occasionally find a bandit hideout suddenly appear. When this happens, the best thing that you can do is get to it as quickly as you can and start shooting. Make sure you kill all the bandits but leave the leader alive, a trick that can be quite difficult, especially at night as it’s not like the guy is glowing bright green or anything. When you’re face to face with the head honcho either choose to spare him or gun him down and then loot the bodies for a minimal reward. Seriously, most of these dudes don’t have 9 cents between them.

This is another pastime that will get you very little money for the amount of hassle it will cause, but if you’re of the trigger happy persuasion and you’re going to murder an NPC, you might as well loot their still twitching corpse. Don’t expect a significant return for your troubles though as most are carrying about as much as the bandit’s in their hideouts and for God’s sake don’t try searching their horse when you’re done, as a kick in the face is all you’re going to receive.

It’s a simple thing to do that everybody’s done it at one point or another, but with all the hunting and missions and downright thievery that you can get yourself involved in, you sometimes forget that you’ve looted quite a few items from quite a few dead people. If this is the case, then get yourself to your nearest fence who will quite happily buy everything off of you for a decent enough price.

Compete In One Of The Many Modes On Offer

Rockstar has seemingly gone mode crazy with Red Dead Online, and there are more series available than you can shake a dead raccoon at and the beauty of them is that you don’t need to be any good to make a few bucks and a couple of nuggets. All you have to do is make sure that you can stay alive longer than other people in your session. You might not run out the overall victor, but fourth place out of seven is going to pull you in a couple of dollars at least. Just don’t try the racing, yeah you do need to be good at that.

Random Encounters seem to work one of two ways. Either you find yourself helping someone out of a sticky situation by giving them a lift back to town or stopping them from being mugged, or you suddenly see someone pull a gun and you’re in a fight for your life. Whatever happens to you you can make money out of it, as anyone you help is always grateful enough to hand over some cash and anyone that attacks you are going to have their pockets rifled through after you finish putting a few slugs in their face.

Rockstar’s Wild West is now littered with little orange dots that designate a particular person needs your help, and they are willing to pay you for your time. These missions can fall on either side of the morality scale and can be something as simple as hunting down a dangerous animal or as complicated as having to kill a group of guys that somebody feels just shouldn’t be allowed to breathe anymore. Good Guy or Bad Guy, it doesn’t matter as the dip in your bar is pretty much negligible, so there’s nothing to stop you experiencing, and earning from, all the side missions Red Dead Online has to offer.