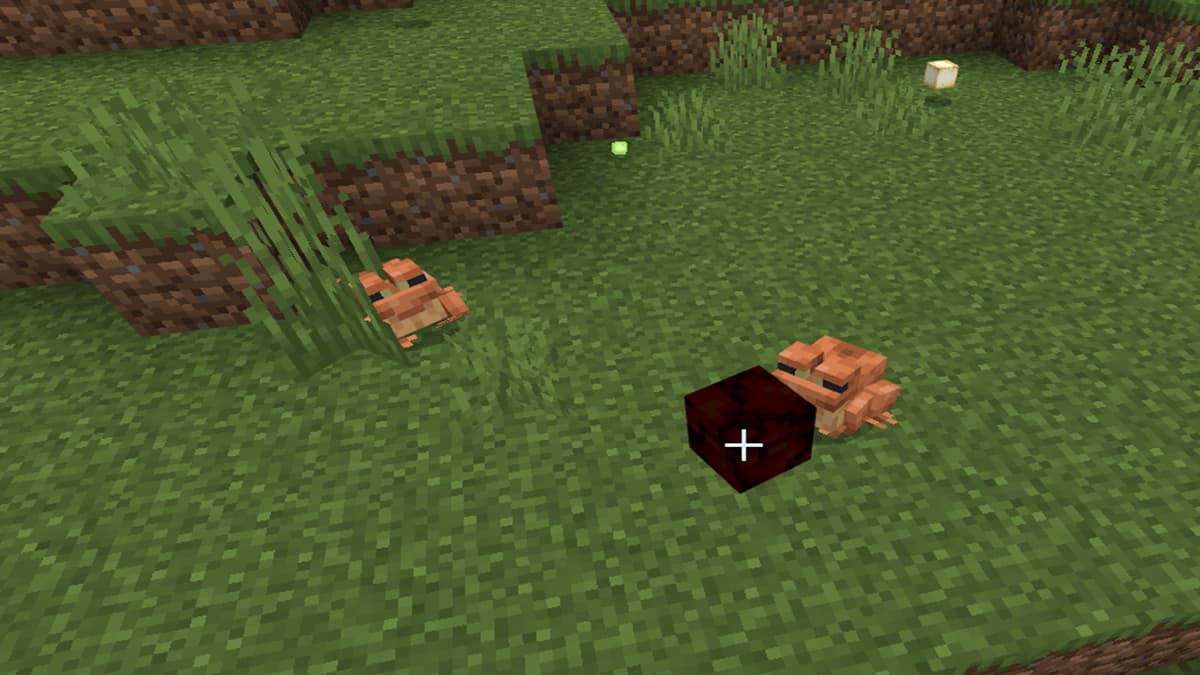 Frogs have leaped into Minecraft and, like their real-world counterparts, are always looking for a snack. These amphibians can eat certain things in the game that might surprise you. Doing this can lead to a peculiar light source block becoming available to you. Here is how to make Pearlescent, Ochre, or Verdant Froglights in Minecraft.

Related: How to spawn Cold, Temperate, or Warm Frogs in Minecraft

How to get Froglights in Minecraft

Getting Froglights in Minecraft is a little more peculiar than other items in the game. You can not craft them, but they do drop from an enemy, only in a specific circumstance. Getting a Frog to eat a small Magma Cube mob will make it spit up one of the Froglight blocks. After the Frog sticks out its tongue and swallows the enemy, a Froglight block will drop onto the ground for you to pick up.

Temperate Frogs (orange) will spit out Ochre Froglights, which give off a more golden glow, Warm Frogs (gray) spit out the bright purple Pearlescent Froglights, and Cold Frogs (green) drop the green-toned Verdant Froglight. Which frog you have completely depends on the biome that they were born and raised in.

Getting a Magma Cube to a Frog in a Survival world will take a little bit of preparation. First, you can breed some Tadpoles, and then from there, carry them in a bucket into the Nether to eat Magma Cubes once they mature into adult Frogs. The biggest concern will be keeping both them and yourself alive from other mobs in the area while you do this. If you can find a Nether Fortress, we recommend taking them there to find Magma Cubes in its hallways so you are not constantly being attacked by Ghasts.