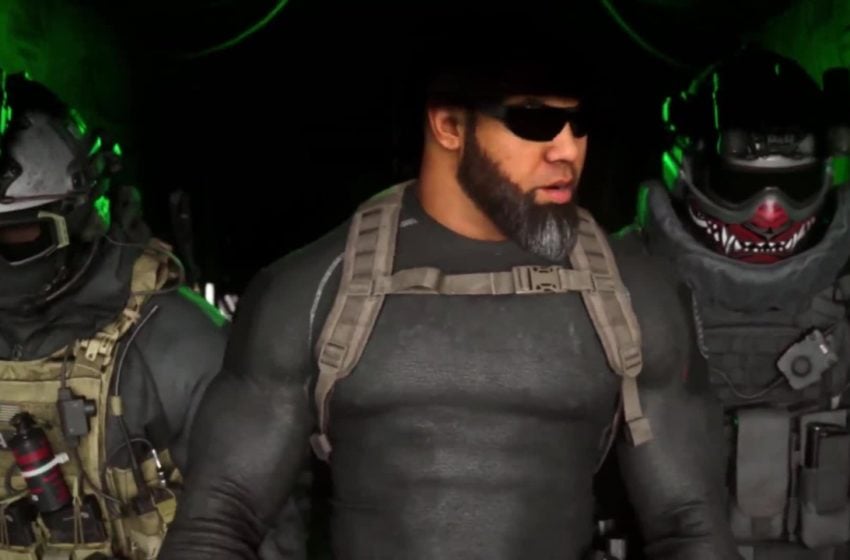 Call of Duty: Warzone’s explosive start to Season 5 sees the top of the map’s stadium entirely blown off. You can now land directly inside of it to loot high-level gear and vehicles and jump straight into the action.

While all eyes are on the top of the stadium, there are more secrets lurking within the halls. Players have discovered new locked doors that require a keycard to access, and inside those rooms are computers with a unique passcode that could lead to further secrets. Here’s what you need to know to open those doors so far.

The locked doors inside the stadium require an access keycard to unlock them. It’s similar to how players previously opened the map’s hidden bunkers that contained a vault full of loot (and what some believed to be a hint about the next Call of Duty game). The stadium’s keycards are different in that you randomly get one of three cards: P2-16, Cl-16, or EL-21. You can see which card you have on the UI next to your nametag on the lower-left part of your screen.

You can find access keycards inside the stadium. They’re fairly rare, and both their placement and which card you pick up are random. You do not need to find them in a chest. However, if another player takes the card before you do, you need to take that player out to claim the card.

All locked door locations in the stadium

When you have a keycard, return to the stadium and find one of the three locked doors. There’s one each on the middle level, lower level, and in the parking garage. You need a specific keycard to open each of the doors.

The codes displayed on the computer change every match. You need to access all three of these rooms during the same Warzone match to unlock the final room, supposedly. Call of Duty players are still attempting to figure that last bit out. There could be more context to that final part, and we’ll be updating this guide to reflect this information. Many speculate you need to open up all of the doors to gain access to the final room with an eight-digit code at the top of the stadium.