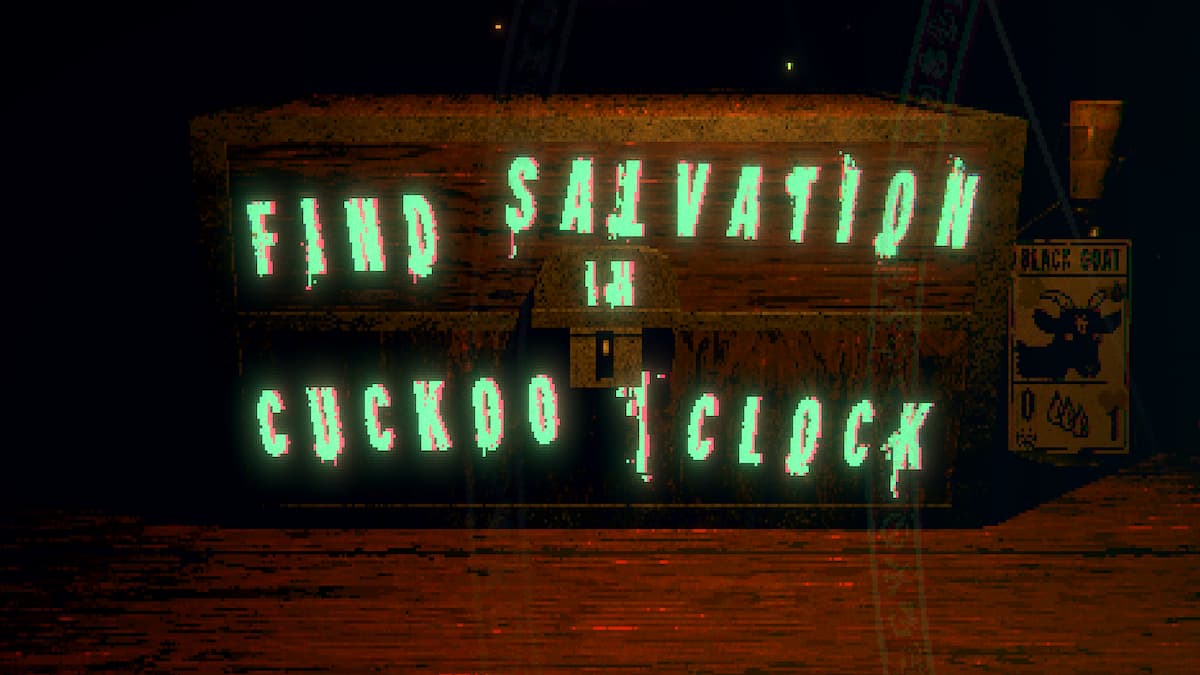 First, you need to have acquired the Special Dagger, obtained by freeing the Caged Wolf. Next, you’ll need to use the Special Dagger — this will cause your character to carve out their right eye, dealing 4 damage to your opponent, but also limits your right side vision. After using the Dagger, you need to win your match.

After you win, you’ll be presented with a choice of new eyes — and one of them should immediately stand out:

The magical-looking eye? Yeah, pop that sucker into your eye socket. Immediately the right side of your screen will fill with magic, and a new message should reveal itself. Head over to the cuckoo clock, and new shapes should appear on the front:

Align the three hands using the dials above the clock face to line up perfectly with the guides. This will unlock a new talking card — the “Stunted Wolf,” a 2/2 — and a canister of camera film. That film will come in handy much later, but its use is automatic and necessary for progression, so you do not need to worry about it.