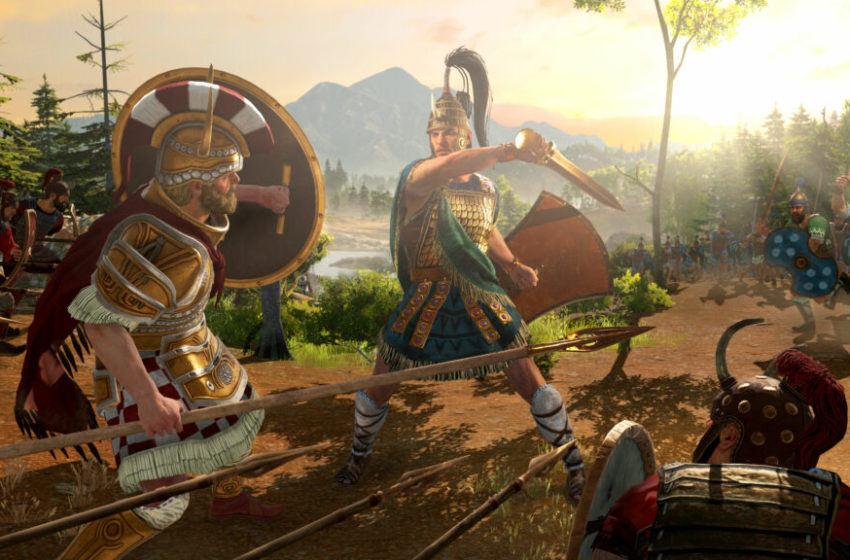 Aeneas is the cousin of Hector and Paris. He is second only to Hector among the mighty military leaders in Troy, seeking guidance from those who came before him and the gods above. As the supposed child of Aphrodite, Aeneas gains favor with her per turn, making her the goddess of choice to support. Still, the others are also worthy of his piety.

The two mechanics unique Aeneas have to do with his willingness to listen to the dead and commune with the gods. The first is Divine Omens, where if Aeneas spends resources to sacrifice to the gods, he is given a mission from them. If he completes it, he receives additional favor with that god. Of the other factions, Aeneas heeds the gods the most, encouraging players to build various temples and monuments to support them, giving Aeneas numerous passives to use in battles. It also helps to wait until you have a decent supply of gold to start seeking out the Divine Omens as it can quickly drain you of this resource.

The second mechanic is Stygian Voices. Aeneas can communicate with the long-dead heroes and generals who came before him. Their advice can guide him, giving him additional buffs to use during battle. While exploring, Aeneas may encounter the grave of a dead warrior, and he visits these locations to receive their wisdom. These actions are negative actions against the gods. Because Aeneas seeks the gods’ favor so much, it helps to do these at opportune moments when your favor with a particular god or goddess is not on edge, preventing you from losing those benefits.

The more capital provinces Aeneas controls, the more temples he can construct. You want to choose a handful of gods Aeneas will pledge his loyalty to during your campaign, and then focus on those. It will require you to spread yourself to various capitals to craft multiple temples, appeasing them through prayers and worship.

When going to War, Aeneas does best by taking a turn or two consulting the gods before attacking an enemy. The various passives he can receive for having done so significantly improve his army’s chances of winning. The more favor he gains, the less likely he is to suffer losses, preventing him from having to wait to replenish his armies. Your choice of units varies depending on the gods’ favor, but Aeneas prefers to drive straight into the fighting. Use javelin units to support him and his heavier melee units. You want to recruit the fearless swordsmen and Dardanian defenders to fight alongside Aeneas, keeping the Dardanian mob units available to flank the main force.

You must meet these requirements to achieve Aeneas’ Homeric Victory:

The more you focus on constructing temples, worshiping the gods, and seeking out missions to appease them, the more rewards you receive. The downside is how random and sporadic these benefits can be, meaning Atneas will have to adapt the mission he receives from a god. They may want him to raid a particular location, kill a unit, or take over a province in a certain amount of turns. The more favor he gains with the gods, the more power he gains, encouraging him to expand his empire.