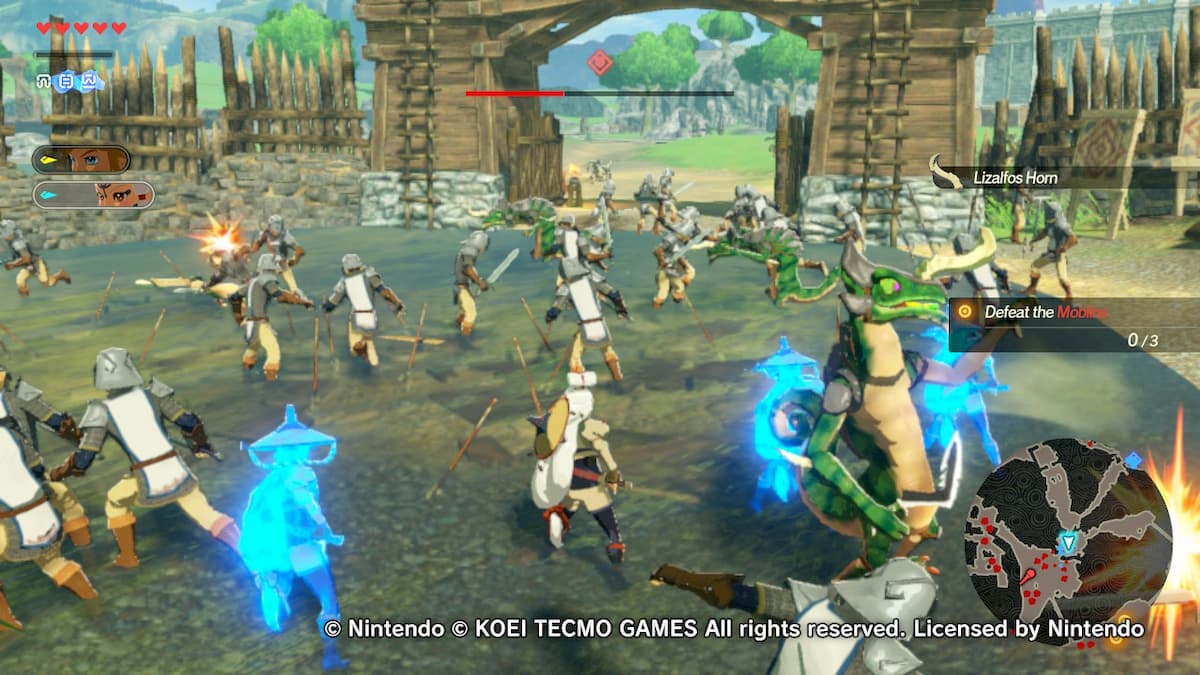 Good ole’ Impa has made a major impact to most of the Legends of Zelda titles, especially Breath of the Wild. Now, a much younger version of her will be aiding you in Hyrule Warriors: Age of Calamity and is playable relatively early into the hack and slash. She is the first playable side character and has tons of powerful abilities to knock down waves of enemies quickly.

To begin, you’ll need to take down some of the larger Moblins across the Hyrule fields, as Link, soon after the tutorial. They are found in three outposts to the south of you, all of which are highlighted by yellow waypoints. Completing each of these will activate cutscenes that feature your first look at Impa.

After you defeat two of the outposts’ Moblins, your army will notify you that the Fire Wizzrobe has appeared. You can use Link to fight this battle if you desire, but from this point on, you can instantaneously switch to Impa by pressing up or down on the d-pad.

Using Impa, regular and strong attacks and combos focus around long-range wind attacks and greatly aid the build-up of a special attack that forms lethal clones of the beloved character. These clones may be by your side for as long as a minute, but will disappear if you switch back to Link.