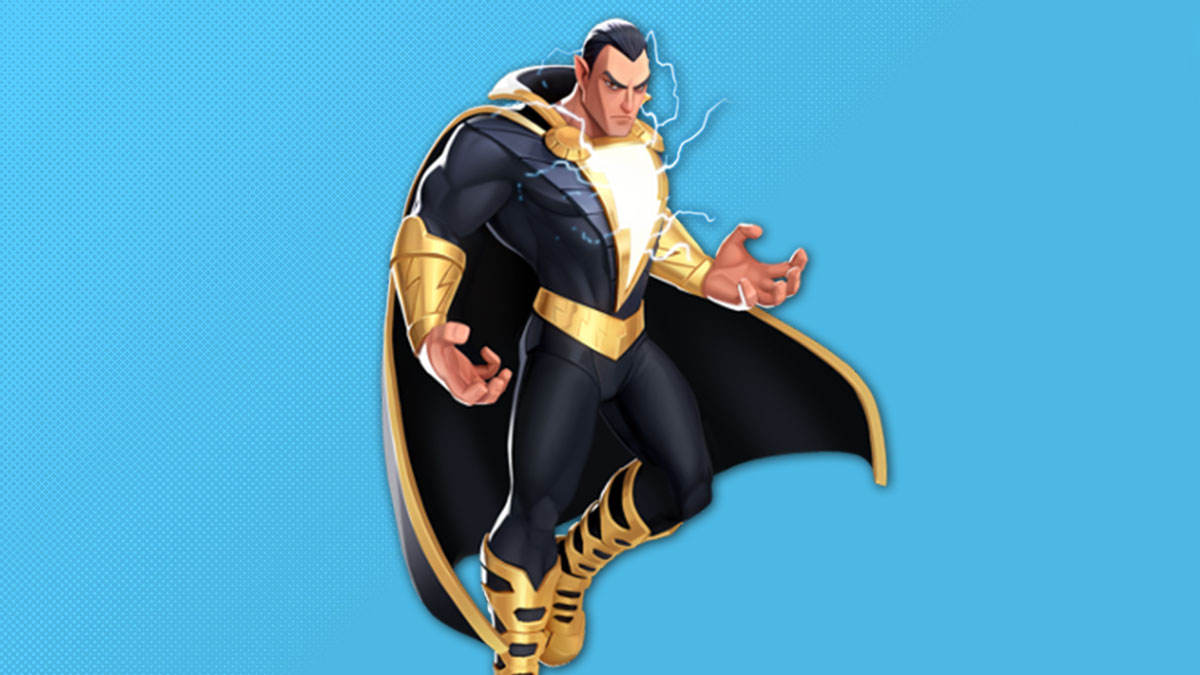 Black Adam is one of the most versatile characters in MultiVersus — if you can use him right. He has hard-hitting moves, support options, and one of the best recovery moves in the entire game, all revolving around his S.H.A.Z.AM. superpowers. There’s a lot of potential here, so let’s focus on the main moves.

Related: How to play Superman in MultiVersus – Moves, strategies, perks, and more

Black Adam’s key abilities and how to use them

That’s not a Kamehameha charging in Black Adam’s hand — it’s a bolt of lightning. When used on the ground, this lightning projectile grabs, shocks, and throws enemies all in one move. Charge it up to increase the power of the bolts: they can chain onto your enemies and allies alike, debuffing the bad guys and buffing your buddies. This should be your to-go move whenever the fighters are bunched up.

Black Adam’s neutral special is completely different in the air: he stops any projectiles around him. These can then be hit back at the enemy. Seeing as it’s strictly an aerial move, you should always be prepared to use it while descending — you don’t want to be an easy target.

This move is the same wherever you use it, and the screenshot here looks a little odd again. Black Adam will charge forward (in this case, to the right past Shaggy), then a bolt of energy will follow right behind him. It’s a great fake-out move: pass the enemy, make them turn toward you, and then zap them from behind. You can pretty much always use it when moving across the battlefield.

This move is also identical in the air and on the ground: it’s a few moments of free flight that lets you travel in any direction. There’s no attack here, but it is possibly the best recovery move in the entire game.

Here’s another varying move. Used on the ground, your down special creates a barrier that stops all projectiles. It will also explode after a moment, dealing damage to nearby foes. It’s a great defensive move, and it can also pair up with your side special. The bubble bounces your Zehuti projectiles, so if you’re constantly using that move (as you should be), you’ll create even more confusion for your opponents.

Finally, Black Adam’s air down special is a simple one-two blast of lightning projectiles. These are perfect for any time you’re descending on an opponent.

Black Adam is highly maneuverable, but many of these moves rely on cooldowns. As such, perks like I’ll Take That, Coffeezilla, and I Dodge You Dodge We Dodge are highly useful. Most of his attacks are also projectiles, so stuff like Deadshot, Make It Rain Dog, and Shirt Cannon Sniper can amp those moves up even more. Lastly, both of his unique perks are quite good, so it just depends on your personal playstyle. Circuit Breaker is meant for a rushdown strategy, while The Hierarchy of Power is for folks who want to take on more of a support role.