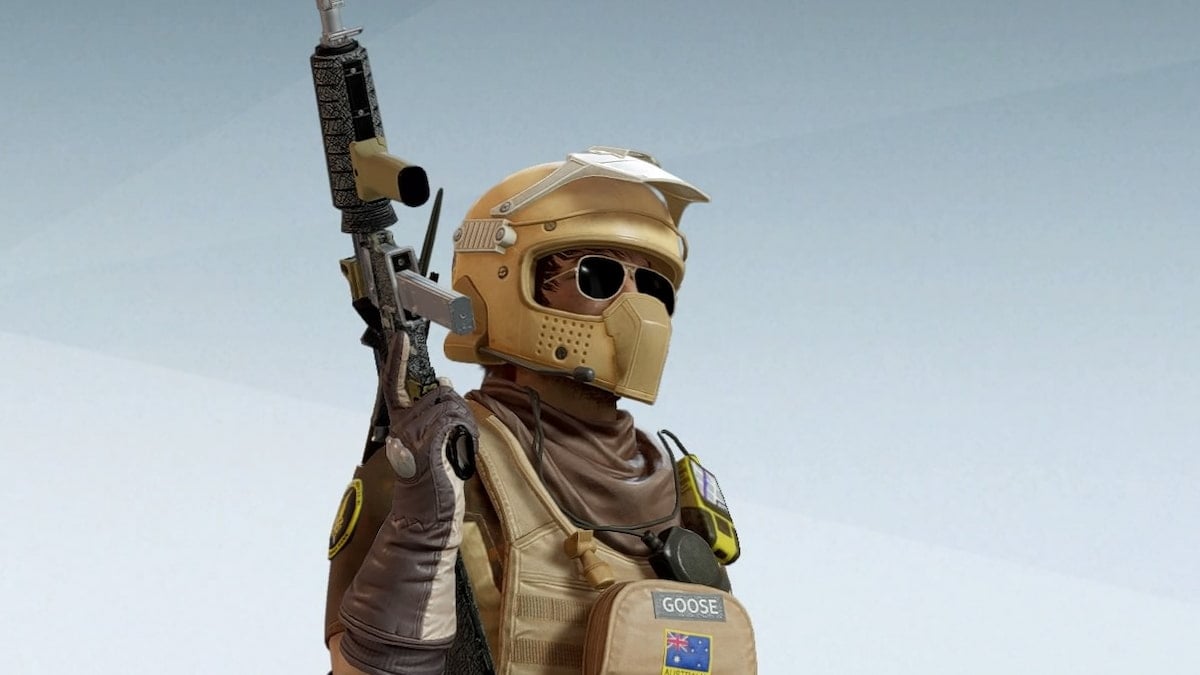 If you have just spent a good sum of renown — or even real money — on Rainbow Six Siege’s Mozzie operator, it was certainly currency well spent. The biker is one of the all-around best characters on any map and mode due to his simple, yet dominating main ability. Mozzie’s loadout does seem bare with its limited choices, but his tools combine for strategies the opposing team will struggle to overcome. Here’s how you’ll be able to get the most out of Mozzie.

Mozzie’s key defense tactic is through the use of his Pest Launcher, a gadget that launches up to three spider-like bots. Once launched, these bots can halt and lend you control over enemy drones, making it even tougher for the opposing team to discover objectives. Better yet, while still alive, Mozzie can switch and control whichever drone he’s captured in the round. This ultimately results in you being able to supply your team with intel by pinging enemy locations with the newly-acquired drones.

We recommend you equip the Nitro Cell as your additional gadget, a device that can be detonated remotely when enemies are near or when walls need to be taken down. In Mozzie’s case, it is best to drop the cell in a small room in the middle of a map. After, you should take control of a drone and use it to draw an enemy into the room for an easy elimination. Be sure to be swift when switching between your drone and the cell’s remote to ensure the enemy doesn’t flee the room in time.

The operator is also the owner of one of the best weapons in the game — the Commando 9. As shown above, the assault rifle has close to no kick, is armed with a blazing fire rate, and holds just enough damage to allow for one to two-shot eliminations. You may see high-recoil if you’re continuously shooting, so make sure to equip the Reflex scope, Flash Hider, and Vertical Grip to avoid this.

Your only secondary weapon option is the SDP 9mm pistol. Despite it holding a higher damage stat than the Commando, its chaotic recoil pattern is the sole reason you won’t be using it often. However, the SDP mostly prevails in close-range attacks from behind, capable of landing a single headshot elimination. As for attachments, the best available for the SDP is surely the Suppressor, keeping your location under wraps at all times.

Best tricks for succeeding as Mozzie

There are a few ways to go about using the drones wisely. As previously mentioned, you can chase down enemies on your own and ping locations, but it is most beneficial to stand beside your teammates until you both spot an enemy together. Like in the example above, the player will then follow behind your drone and wait for your pings to indicate when to ambush the opposing team. If your teammates don’t have headsets, ping their own location to insist they should stop and the enemy’s when it is time to attack; though, it isn’t guaranteed they will pick up on your signal.

Similar to luring enemies to a Nitro Celled room, you may find it best to get enemies to chase your drone into a room close to your own location. From there, wait outside the hallway for them to come out to feel the wrath of the Commando. If you do somehow lose that gunfight, don’t forget that drones can be used even after your death. So, you may need to ping their location with a drone for a teammate to finish them off.

Related: How to play Finka in Rainbow Six Siege: gadget, weapon, and more