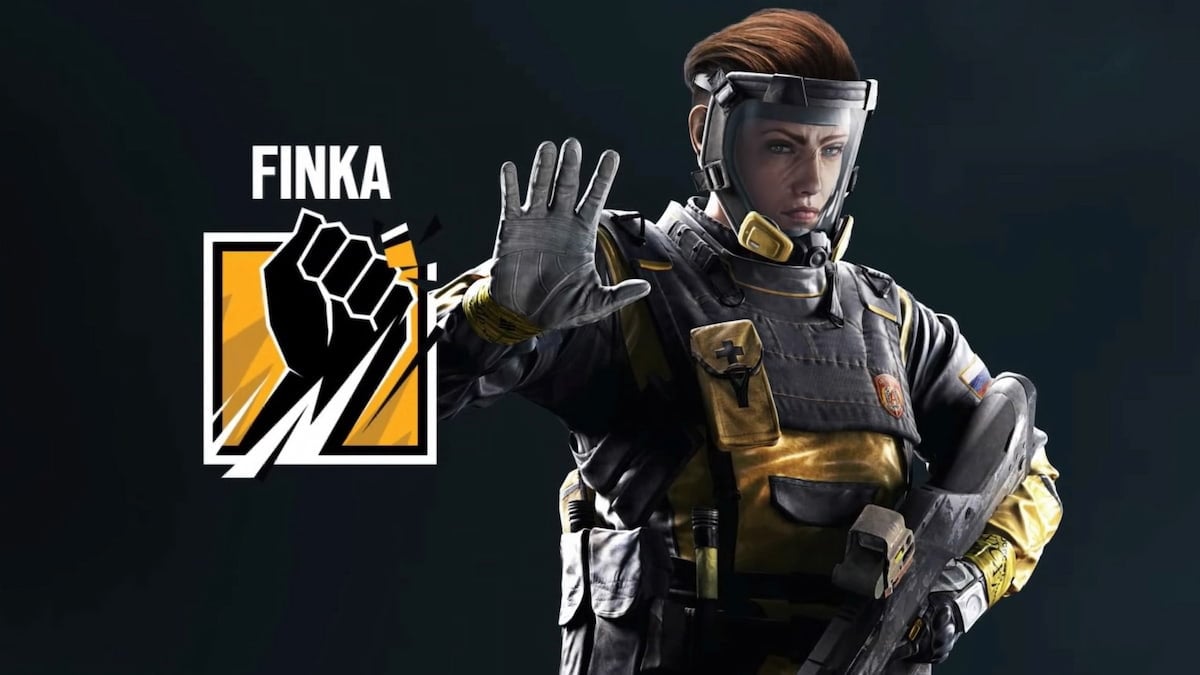 Arguably the best medic in the game, Rainbow Six Siege’s Finka is a great fit for those looking to manage their teammates’ well-being and construct strategies for victory. Don’t expect Finka to lead the team in eliminations; however, this operator’s skills allow her to gain bonus XP — perfect for leveling up quickly. As the game doesn’t go to great lengths to explain the benefits of her main ability, here’s how to get the most out of this crucial character.

You may not see its effect in-game, but activating Finka’s Adrenal Surge ability lends all attacking players alive (including herself) an additional 20 points in health. This bonus can even be applied to those fully-healed, meaning that some players will receive an overall health score of 120 out of 100. Despite this only lasting for 10 seconds, the ability’s cooldown time lasts just as long. Thus, with Finka allowed to use the move three times per round, all attacking players can potentially have this health increase for an uninterrupted 30 seconds.

Players can either choose to pair Adrenal Surge with gadgets such as the Frag Grenade or Stun Grenade. We find it more opportunistic to equip the Frag Grenade as it is prone to gain multi-kills when thrown into an objective’s room. Additionally, with Adrenal Surge activated, the Frag Grenade can supply enough damage to put the health disparities between the two teams in your favor. Don’t forget that this explosive can be tossed into drone holes, making for an unexpected blast to enemies on the opposite end.

Finka’s leading primary weapon is surely the Spear .308, an assault rifle that drills in about 42 damage per bullet and bears smooth recoil for sharp accuracy. Although her other primaries of choice, the 6P41 LMG and SASG-12 shotgun, are brutal medium-range weapons, equipping these significantly slows down Finka to an uncomfortable degree.

For your backup weapon, be sure to have the PMM pistol. The gun does come with high recoil but makes for an excellent executor when in a close-range gunfight. Here’s what you’ll want to attach on both the Spear .308 and PMM for the best performance possible.

Best tricks for succeeding as Finka

With Finka earning 10 additional XP when Adrenaline Surged teammates get eliminations, the main ability proves most worthy when enabled moments before entering into an enemy-heavy room. That being said, activate the Adrenal Surge when nearing an objective or when initially entering a building. If you’re playing with friends, your best bet is to orchestrate a team invasion on the objective and activating the surge seconds before.

If the defense is damaging your team from long distance at the start of the game, it is wise to hold onto your three Adrenal Surges until after teammates are badly hurt or even downed. Reviving another player with Finka restarts the injured player with 30 overall health, ultimately resulting in them eventually getting back to full health once all the surges have been activated.

Related: How to play Caveira in Rainbow Six Siege: gadget, weapon, and more