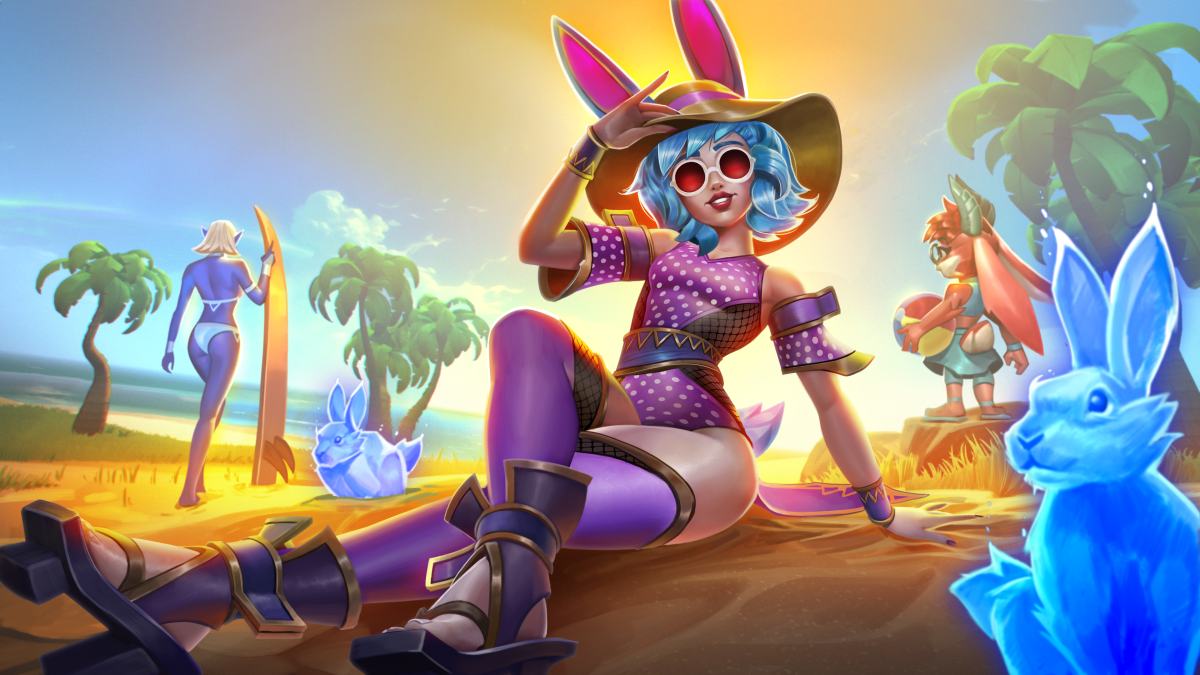 The newest Paladins champion is Rei, a bunny healer on a quest for knowledge and magical power. Unlike aggressively-minded Paladins supports like Corvus and Grohk, Rei is a main healer whose entire kit empowers and protects her team.

Rei is a babysitter-type support in Paladins, meaning she excels when sticking close to her allies. Her abilities provide a lot of value to her teammates, but only as long as she can continue to cast them on the right targets. Spirit Link remains in effect until cast on a new target, but it will deactivate if Rei moves too far from the Linked champion, or if a piece of terrain gets in between them for more than a second. Staying close to allies lets Rei heal herself with her own Chain Heal bounces, which is another reason to hang out with the team.

Spirit Link is key to using Rei effectively in Paladins. Make sure you have it out on a friendly champion at all times, and especially before using Envelop. However, try to avoid casting on allies who are currently holding onto a fully charged ultimate ability, unless they really need the extra healing at that exact moment; the bonus ultimate charge is too good to waste. Also remember that Rei cannot use her own ultimate ability without having an active Spirit Link on an allied champion.

Conversely, Spirit Link should never be used on enemy champions, as it acts as more of a mild annoyance than a true offensive ability. The only exception to this rule would be when Rei picks the Restraint talent, which gradually immobilizes Spirit Linked enemies. If you plan on using Restraint, make sure you tag along with a flank or damage champion from your team, so they can finish off the enemies you trap.

On a final note, don’t rely on Envelop to keep you or your team alive. This ability doesn’t work well against most sources of damage in Paladins, and its primary benefit is the burst of movement speed it grants. Envelop only truly shines against slow, heavy-hitting attacks like Drogoz’s missiles, Terminus’ axe, and Skye’s Time Bomb.