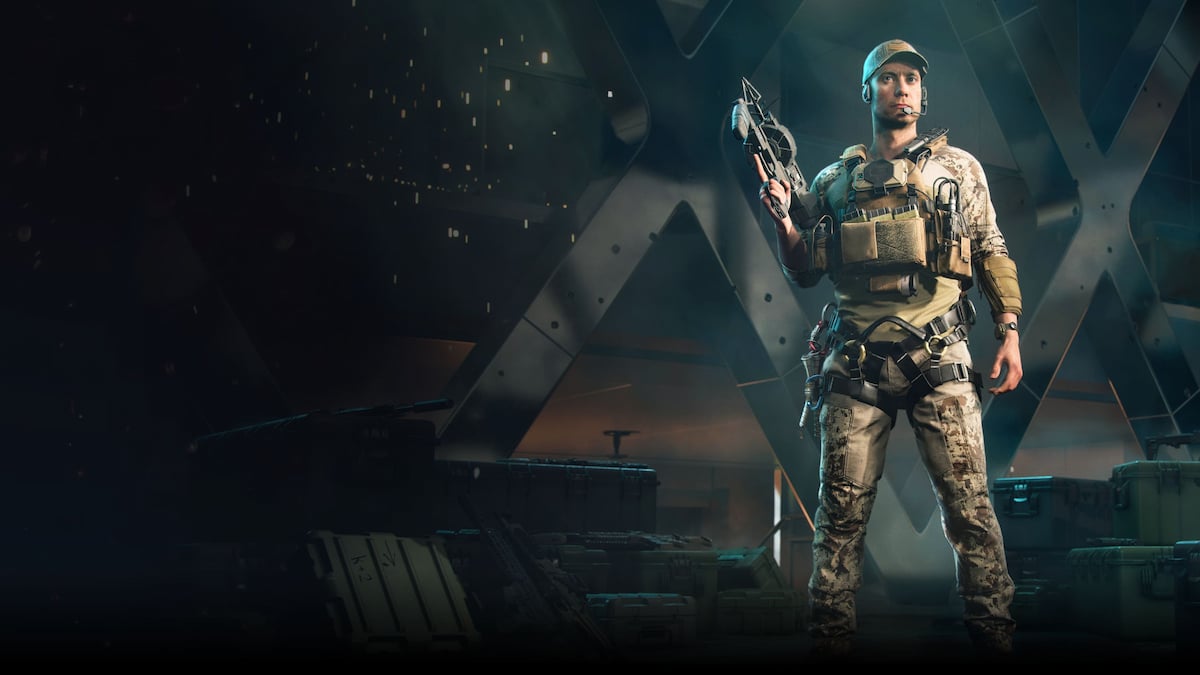 Specialist Webster Mackay is a Canadian soldier with a bit of an ego about him. Being one of the more streamlined specialists within Battlefield 2042, His role on the battlefield is made pretty clear — get in, get some kills, get out. Confident players that value their aim and movement skills should feel at home with Mackay due to his quick playstyle and larger-than-life personality, just try not to get caught in a sticky situation.

The signature of Mackay is a grappling hook with an impressive range that allows you to scale buildings and make quick escapes. This ability is one of the flashiest abilities in the game, and you can pull off some very aggressive plays using it. Additionally, you can also take advantage of the grappling hooks far reach to get into a nice sniper’s nest and take out your enemies from afar.

Mackay’s Nimble trait is perfect for fast players that want to stay on the move in the midst of battle. While aiming down your sights, you move much faster compared to other specialists, further allowing you to maintain a speedy playstyle. If you value a lone-wolf playstyle, this trait will be your best friend, permitting you to traverse zip lines and get behind enemy lines quicker than ever.

Battlefield 2042 changes the formula on load-outs, allowing any specialist to use any weapon and gadget available within the game. This is perfect for Mackay, as he can be used in a variety of different ways that mesh well with most playstyles. That said, Mackay definitely favors an aggressive style, so you will most likely want to use a short to medium-range SMG to complement his nimble trait. Alternatively, try using an aggressive sniper rifle load-out with Mackay’s grappling hook specialty.

Mackay is a pretty straightforward choice in the cast of specialists within Battlefield 2042, but that doesn’t mean he doesn’t have some nuances that make him truly unique. Try using his grappling hook on the ground in front of you to make a fast escape while staying close to cover. You could also play Mackay as a more stealthy specialist, landing behind enemies with a suppressed weapon and getting out before they even know what hit them. Mackay is a fun and versatile specialist that has limitless opportunities for big plays, just be sure not to let your confidence get the best of you.