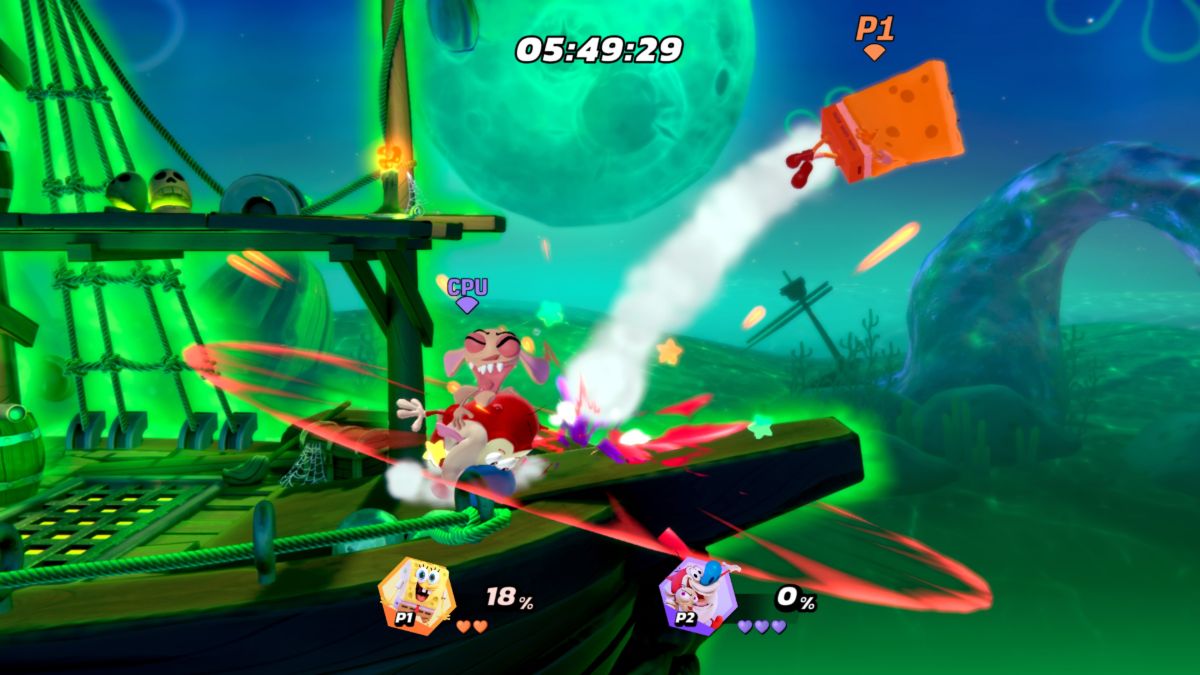 From the Battle selection option in the main menu of Nickelodeon All-Stars Brawl, players can participate in three types of Battle modes. There are Stocks and Timed modes, which are essentially the same as in Super Smash Bros, then there is Sports mode, which is unique to All-Stars Brawl.

How does sports game mode work?

Sports mode has fighters be split into two teams. There can’t be more than two teams, and you can’t play this mode with just one fighter. Select any stage, and once both teams enter the stage, two star-shaped goals will appear on both ends. Each goal is color-coded to match both teams’ colors, red and blue, respectively. A ball will spawn at the center of the stage, and it is up to each team to score a goal by launching the ball throw the opposing teams’ goal.

The yarn ball can be hit, as well as be grabbed and thrown. Throwing it at the opposing team will cause them damage. Finally, there’s the Plankton Ball. The Plankton Ball can be hit or thrown to the goal, but it is very heavy. It will slow down anyone holding it, and it doesn’t go as far as other balls when hit.