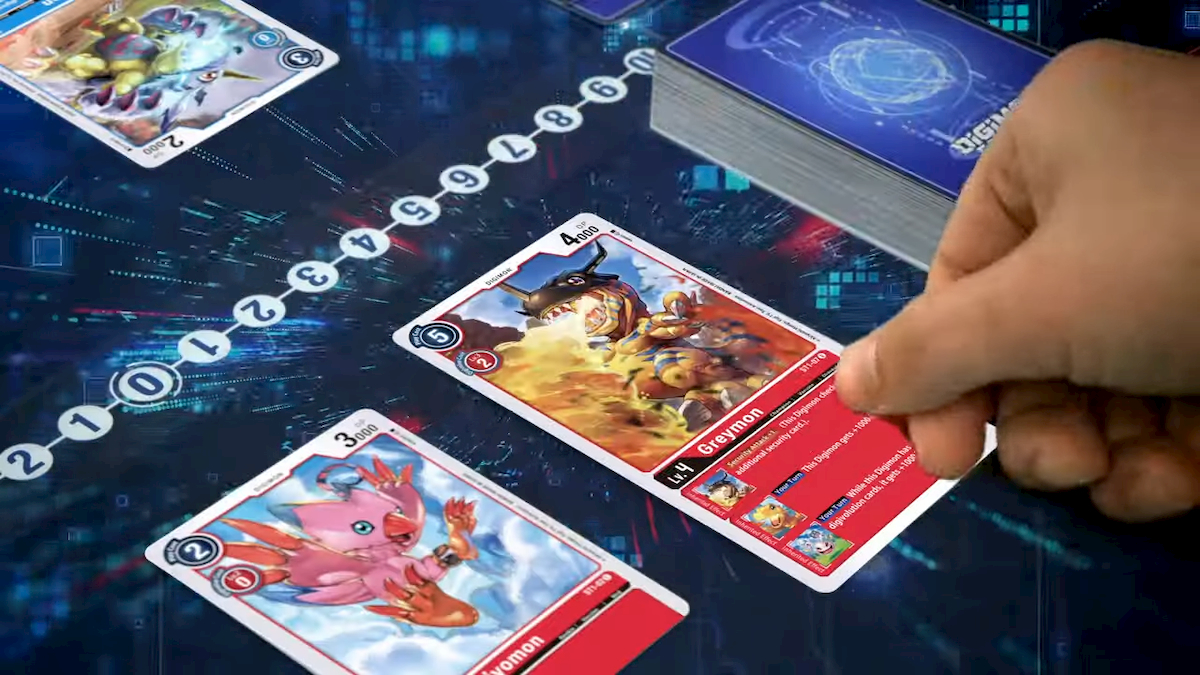 Like many new card games, there is a steep learning curve that must be conquered before dominating your friends in the Digimon Trading Card Game. This card game has unique rules when it comes to health and win conditions. These mechanics, along with how to play the game, can be confusing for new players. This guide will walk you through how to play the Digimon Trading Card Game.

In the Digimon Card Game, you build two decks to face your opponent. One standard deck with 50 cards and a Digitama Deck with just five cards. Keep in mind that in your main deck, you can only have up to four identical copies of a card in your deck. The effect has to be different, though, as cards with different index numbers but the same name do not count as copies.

At the start of the game, each player takes the top five cards from their deck and puts them in the board’s Security area. These count as your life points. When they are depleted, it will only take one blow from a Digimon for you to lose the game.

The players then draw five cards from their main deck each, and whoever goes first will play their card. Each time someone plays their card, it takes points away from the Memory Gauge and gives them to the other player. So essentially, if u start the game and use big point cards early, you are passing the Memory Gauge over to the opponent quickly.

These cards work the best when they are security cards, as they have special effects when placed in that position.

Tamers have passive effects and usually don’t have an active ability.

These are your main cards that have actions during your turn. You can use these to attack enemy Digimons or the enemy’s Security cards.

These cards cannot attack or be attacked. Rather, their main purpose is to evolve your Digimon on the field.

The four phases of gameplay

During this stage, all Digimon resume their active state. This makes them unable to be attacked while active.

During this phase, you will draw one card.

This is where it gets tricky. During this phase, you have three choices. You can hatch a Digitama, move an already hatched Digitama onto the field, or you can skip the phase completely.

The Main Phase is where most of your actions will take place. You can choose to play any of the three-card types in this phase. In this phase, you can also attack enemy Diminons or Security cards. Once all of the enemies Security cards are gone, any attack on them will win you the game.