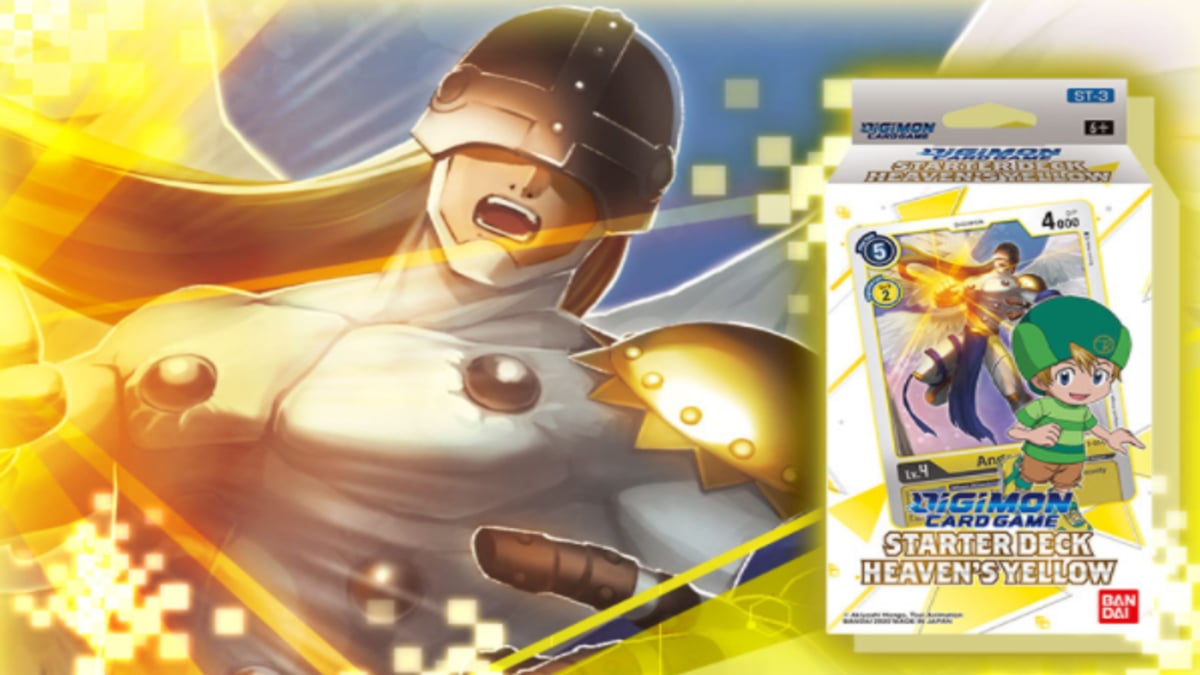 Finding the right Digimon deck can be difficult. You need to find one that fits your playstyle while also being competitively viable. Yellow Digimon decks are perfect for players on a budget as their most powerful cards come straight from the Starter Deck. This guide will walk you through the best Digimon Yellow decks and what makes them so powerful.

This deck utilizes a few combos to gain extra Memory. Your main combo for this deck will be Patamon and Geogreymon. Geogreymon, when attacking, reduces the opponent’s Digimon to -2000 DP until the end of the turn. This effect is only possible if you have three or more Tamers, but have no fear because this deck is packed with Tamers. Once the opponent’s DP is reduced, you can play Patamon to gain one Memory if you destroy a Digimon with zero DP. You can then use the Memory gained from your combos to get out your Glorious Burst and Seraphimon early.

The second Digimon deck on this list excels at drawing cards and defending against your opponents’ attacks. For your draw chance, you will be running an Agumon, four Kyupimon, and three Labramon. To defend against your opponent’s attacks while you draw your cards, you will be utilizing your four Unimon. Unimon is excellent at blocking and can even be found in the Yellow Starter Deck. You then use Shinegreymon for a final blow, as he gets an insane DP buff if you are running a bunch of Tamers.

This powerful deck aims to dominate the board using its multiple control cards and value attackers. Bushiagumon and Turuiemon are solid attackers at a low price. Your Chaosmon:Valdur Arm and Wargrowlmon give you great control and allow your damage deals to do their work.