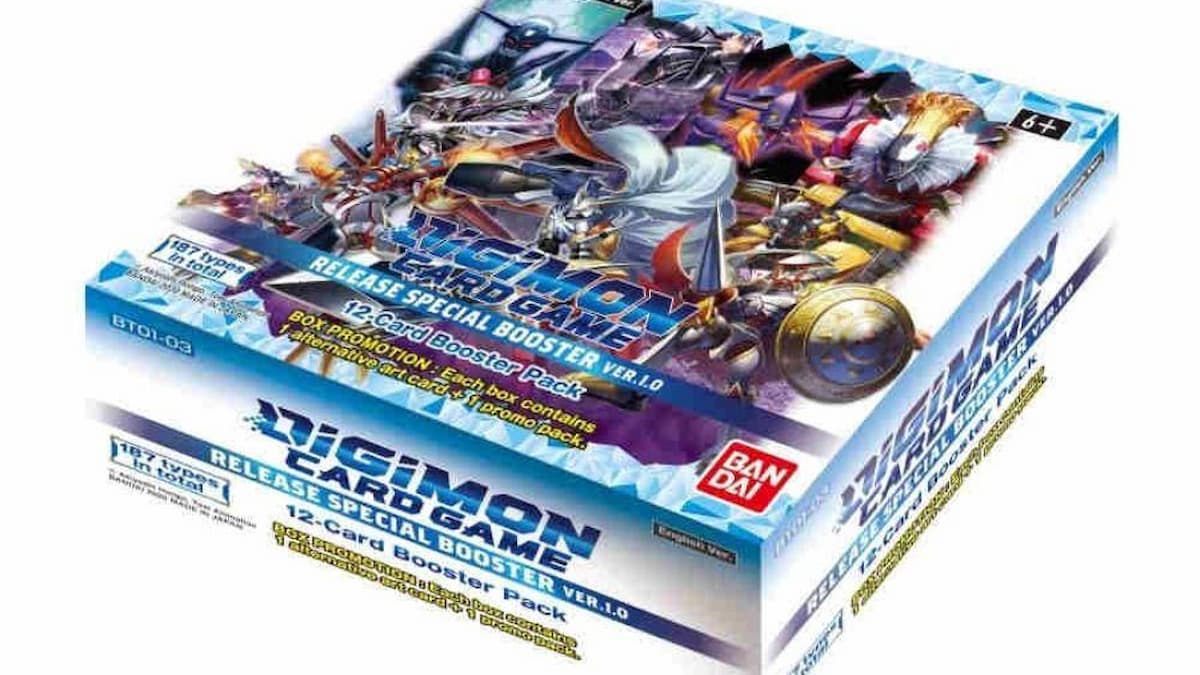 Building on the success of the Digmon 1.0 Booster Box, version 1.5 looks to keep the momentum going. Each box comes with one random parallel design version of a Digimon card from the main booster. Here are the best cards for the highly anticipated set (releasing worldwide on March 12, 2021), taking into account card rarity, competitive application, and overall value.

When Ceresmon is entered into the field of play, their ability kicks in, making your opponents Digimon pay for the Digisorbtion of your monsters. Essentially, this means you are tapping into your opponent’s cards for the benefit of your lineup.

A super aggressive-type card, ideal for unleashing high volumes of attacks on your opponents. Imperialdramon Dragon Mode features a bunch of multi-attacks and has the effect of reducing the memory cost of a Digivoloution by two.

Ominimon possesses one of the highest DP in the game. When Digivolving, Ominimon deletes all of the opponent’s Digimon that share a name with him, leaving him truly unmatched. All in all, this card is an excellent attack-based card to include in your arsenal.

Pidemon is very useful for the purpose of reviving as much of your deck as possible, as long as they’re level four or lower. This perk can fast-track your board to where it once was if you’ve suffered several casualties during the duration of the match. When Pidemon is defeated during the battle, the monster it was battling with is deleted along with him.

One of the original Dark Masters, Puppetmon is a super powerful card to have in your lineup and makes quick work of his opponent’s. Puppetmon’s main effect suspends one of the opponents Digimon, for a turn, leaving them helpless.

RagnaLoardmon works extremely well when stacked with numerous abilities to disrupt your opponent’s board in a bunch of ways, making him a true thorn in your opponent’s side when trying to deal with him. RangaLoardmon also has fairly high DP, a great card to have in the thick of battle.

A solid Tamer-based card, and one of the best yellow Digimon cards, available from the 1.5 Booster Box. When Digivolved into Shinegreymon, he benefits from a solid DP buff and compounds their strength depending on how many Tamer-type cards are on the board. In short, ShineGreymon is very powerful, and a go-to card to control your opponents with.