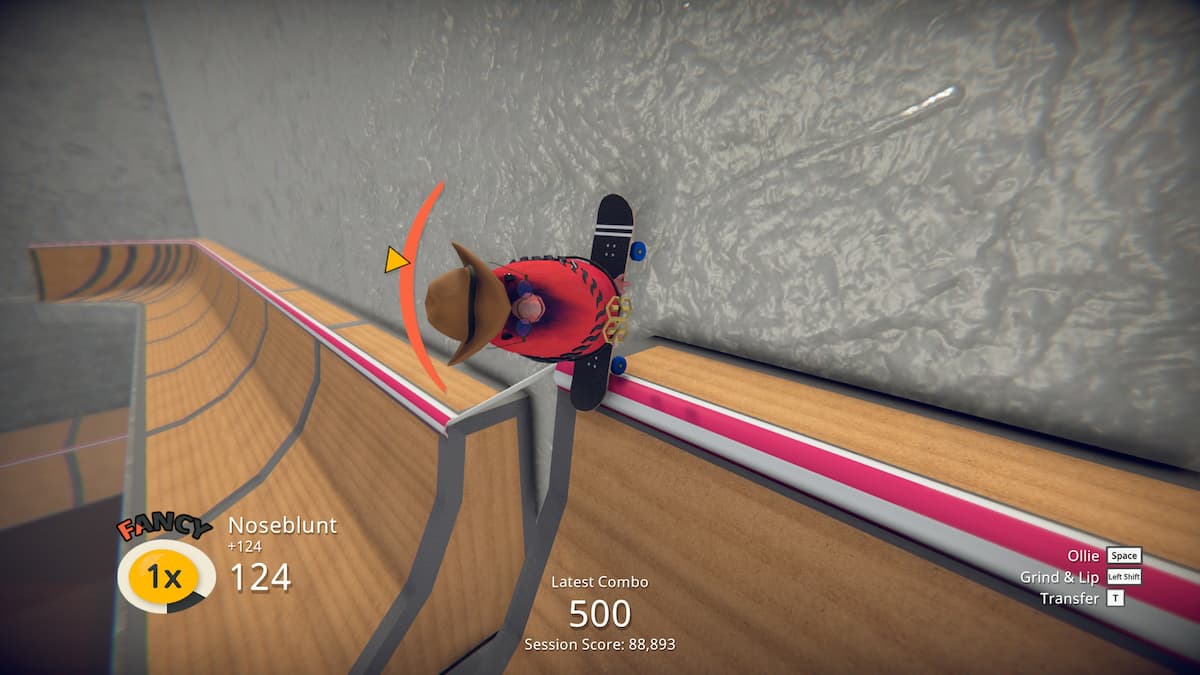 Skatebird isn’t really a game about high scores or anything like that. It’s more about chilling out, skating around as a bird, and listening to some good music while you’re doing it. However, some of the game’s challenges will task players with racking up an obscene amount of points. To get those challenges done, you’re going to have to rack up a ton of points fast, which can only be accomplished by building up a solid score multiplier.

Like other arcade skating games, players build up their score multiplier in Skatebird by performing tricks in succession. However, the game lets players abuse that mechanic to an absurd degree in order to build up massive multipliers quickly. Simply build up some speed and go off a ramp, then quickly spam the flip trick button and start spinning. If you can land safely with a 360 and a few flips, your score multiplier should be at least five.

It’s important to note though that you won’t be able to spam the same moves over and over to constantly build up your multiplier. Instead, alternate between flip and grab tricks while trying to get 360s, and you should quickly build up a score multiplier of 20. At that point though, it’s hard to sustain, as the higher your score multiplier goes, the faster it wears away. At this point, it’s important to not bail out or lose your speed, otherwise, any combo you have going will end.