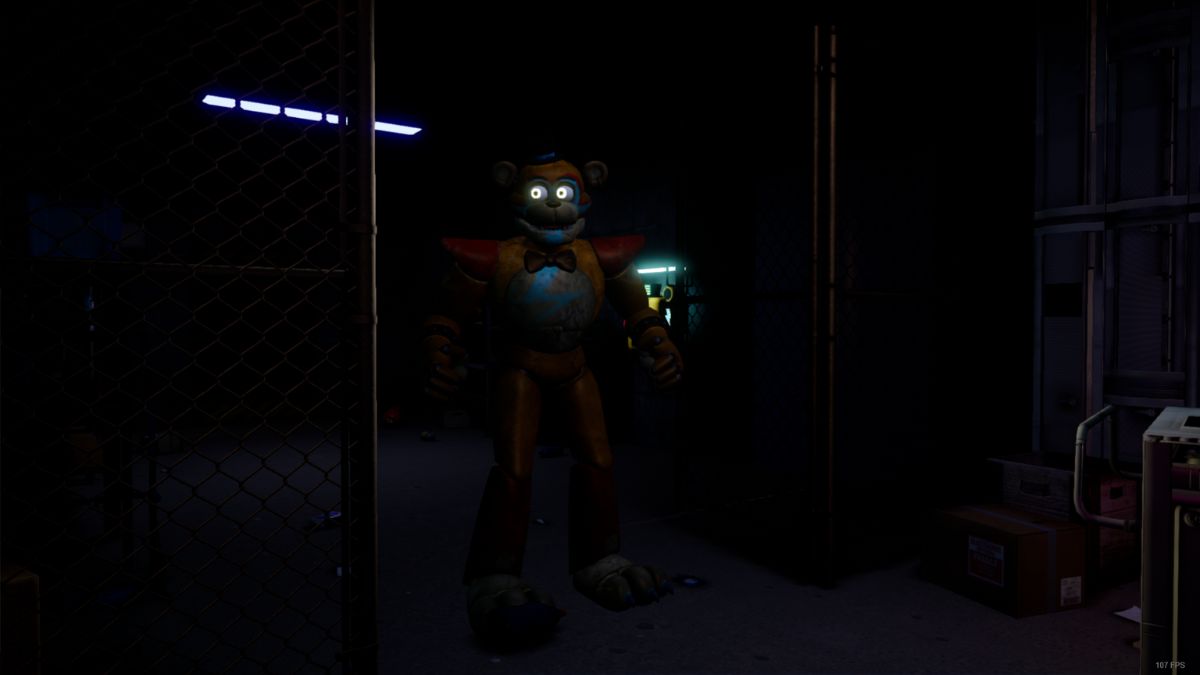 Freddy is perhaps your greatest tool when traversing the pizzaplex. While you are inside of his chest cavity, you are completely hidden from all of the animatronics and Vanessa. It is important to keep Freddy powered up. Here is how you recharge Freddy in Five Nights at Freddy’s: Security Breach.

You will learn early on that there are recharge stations sprinkled throughout the pizzaplex. These recharge stations look like red cylinders with a lightning bolt on the front of them. It quickly becomes apparent that Freddy has a rather short battery life. These recharge stations can be used to recharge Freddy whenever his battery is dying. Be careful to avoid getting letting Freddy’s battery drain completely. If this happens while you are hiding inside his chest cavity, he will attack you.

Later on in the game, you will be able to upgrade Freddy. The first upgrade you can give him is the power upgrade. This increases his battery life so you don’t need to run to a recharge station as often. The recharge stations will come into play much later in the game as you need to explore the pizzaplex more.