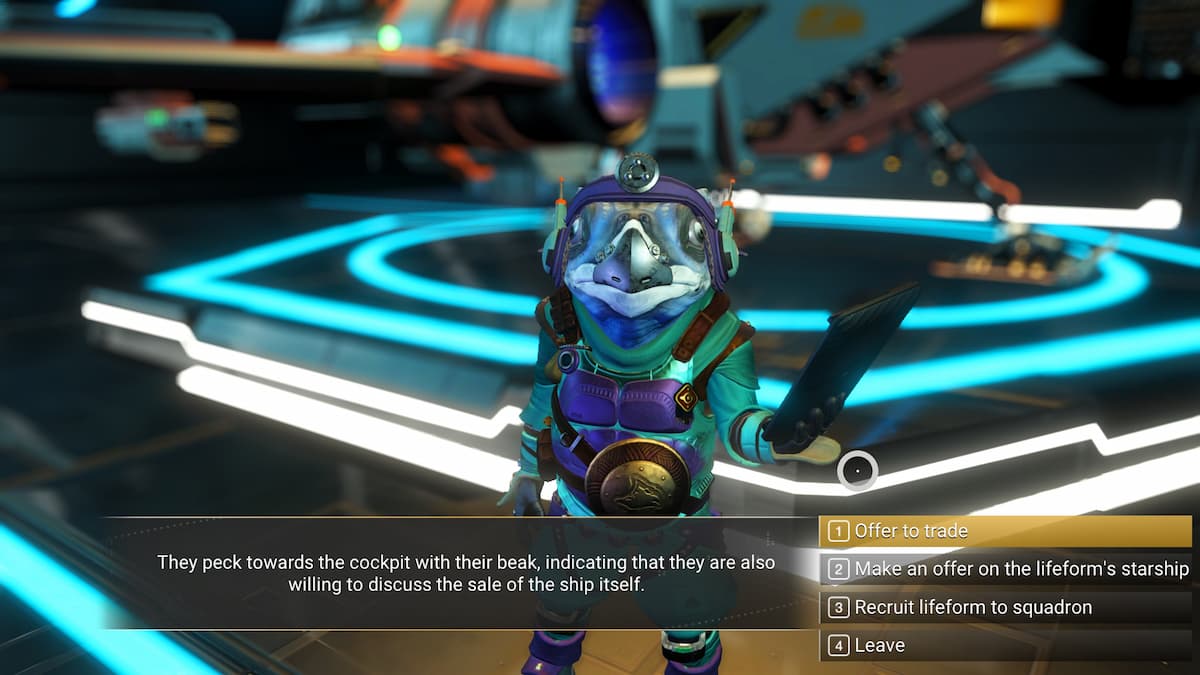 No Mans Sky has just seen a new update titled Outlaws drop with numerous new features. In addition to wearable cloaks, new graphics for space combat and pirate-run systems have been integrated into the game that never stops. Outlaws also feature a robust squadron system, and this guide will explain how to recruit and train fresh recruits.

To begin searching for your new wingmen, you must first have your own freighter or capital ship. Once you have acquired one, head to the cabin located at the front of the ship. Search for the manage fleet terminal pictured above to begin the process.

You must purchase slots to recruit a pilot to your squad. Each squad costs an increasing amount of nanites. The pricing is as follows. Once you have at least one slot unlocked, you can now search for a recruit.

After you unlock your free slot, head to the nearest space station, fighter pilots can be found in various locations, but space stations provide a constant influx of new pilots that come right to you. When a pilot lands their ship, approach them, and the recruit pilot option will present itself.

Please look at their stats and ship class, with a B class ship or higher is preferable. Once you have recruited a pilot, you need to learn to summon them for space combat.

With all that work done, all that remains is to fly out into the vastness of space. Access your quick menu, and a new summon squadron option will be available. Use this to call your squad to your side instantly. They will fly in formation alongside you, and squadmates have orange engine glows that separate them from other ships in a dogfight.

Having them accompany on missions and during space battles will help level these recruits up. Keep them alive and summon them frequently to ensure your low ranked pilots become aces in due time.