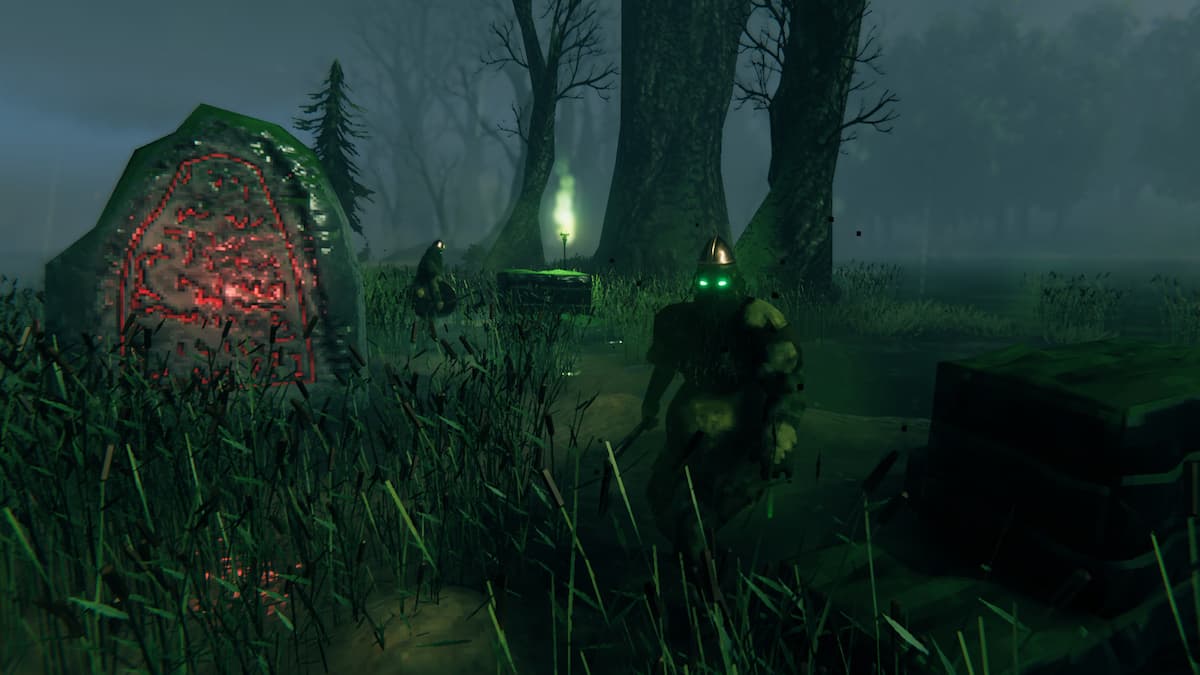 Valheim doesn’t only have skeletons and boars. The land is also inhabited by mysterious creatures that can be summoned for you to fight. These are considered bosses and drop rare loot. They are also required kills for progressing through the game. This guide will walk you through how to summon the first boss in Valheim.

Where to summon the boss

When you first spawn into Valheim, immediately interact with the red stone next to you. This will mark the first boss’s summoning location on your map. Make your way to the marked location. It’s best to set up camp in between these two spots as you will often go back and forth.

When you get to the summoning area, interact with the glowing red rock and note what it says. Above it will be a stone animal, this is the animal you will need to sacrifice to summon the boss. You won’t be sacrificing their meat, however. In Valheim, every time you defeat an enemy, there is a chance a Trophy will drop. This summoning circle calls for Deer Trophies.

The best way to kill deer is with a bow. However, you need leather to craft a bow, so you might not have the required materials. Deer scare easily, but you can sneak behind them and wack them with your ax. Kill as many as necessary to collect two Trophies. Once you have the Trophies, return to the summoning circle.

How to summon the boss

Put the Trophies on your Hotbar and press the corresponding key while looking at the stone table. Once you defeat the boss, sacrifice his Trophy on the stone table you spawned next to.