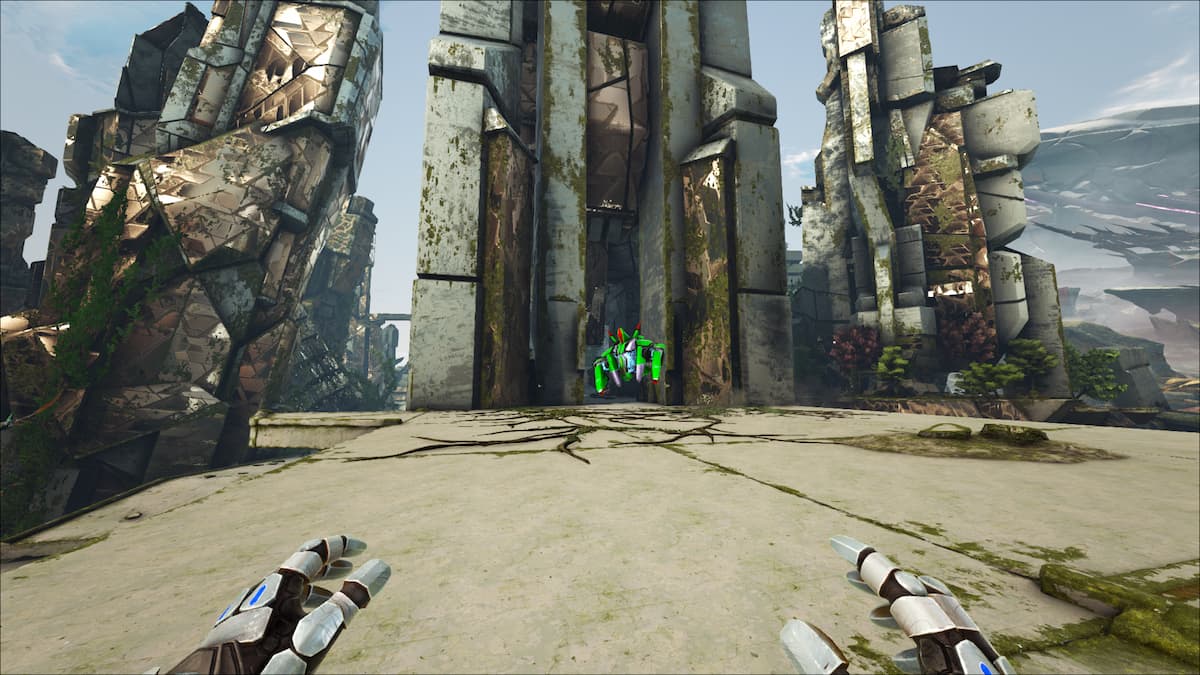 In Ark: Survival Evolved there are two types of creatures: biological and mechanical. With the launch of Extinction and the subsequent introduction of creatures like Enforcers, Defender Units, and Scouts, there’s been a lot of different things players can do. Huge creations like Meks have been used for Raiding, Boss Fights, and living your best life in a Robo-duel with your friends. It has also shown that there’s a lot that these kinds of tames can do for us. In this guide we’ll detail how to tame a Scout in Ark: Survival Evolved.

What the Scout does in Ark: Survival Evolved

The Scout is, as its name suggests, a being only designed for reconnaissance. It can mark enemies with its alternate fire but it doesn’t really serve a purpose in terms of dealing damage. However, it is one of the better tools for finding that pesky sniper that keeps pinging your team, or an enemy base during a raid. Thanks to its small body, high mobility, and decent range the Scout is able to zip in and out without being destroyed.

Related: How to tame a Carcharodontosaurus in Ark: Survival Evolved

While it doesn’t serve a purpose in PvE it definitely does a great job helping in PvP, thanks to its ability to clearly highlight enemy, friendly, and wild creatures.

Where to find the Scout and what you’ll need to tame it in Ark: Survival Evolved

The Scout was introduced on the Extinction map, and so it’s primarily there. It’s also found in Genesis Part 2 in the Lunar Biome more often than not. You won’t find it on any other map unless you have an Extinction mod.

How to tame a Scout in Ark: Survival Evolved

Taming a Scout is as easy as shooting it down from the sky. It’s easier to do so when you have a bit of range on it, as it’s really quite fast and you’ll miss shots if you’re too close. The Scout has minimal health, around 1 to 3 HP in total, so you can even use a Slingshot if you’re out of ammunition.

Once you’ve destroyed the Scout it will drop a Blueprint which you’ll need to pick up. The Scout then needs to be crafted either in a Tek Replicator, and the Blueprint you obtained will generally be better than the base Replicator Blueprint.

Once it is crafted you need to place it in your Hotbar and have Element Dust in your inventory to use it. It has a limited range, so be careful, and it will stop functioning and you’ll be kicked out of the Scout mode if the Element Dust runs out. To exit the mode you need to press E, and your alternate fire will recall the Scout.