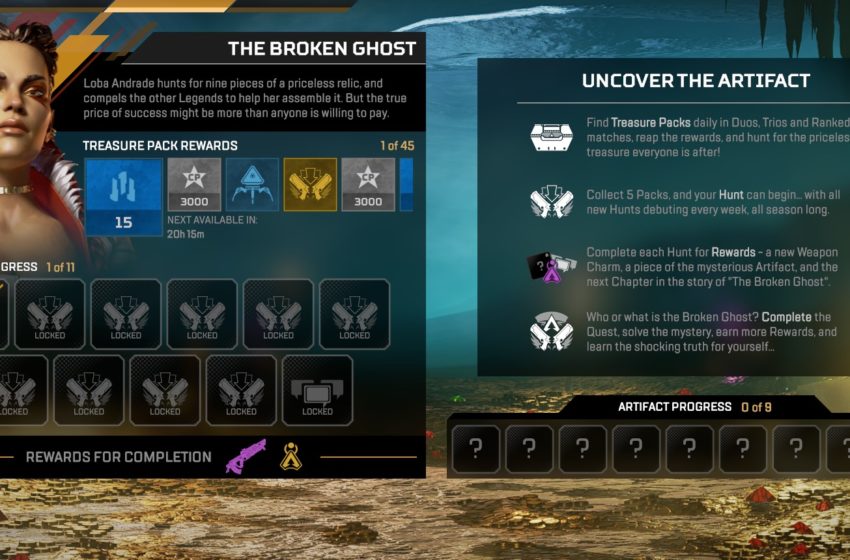 Season 5 of Apex Legends features a season-long mission where the newest Legend, Loba, has recruited many of the other Legends in the game to help her collect a highly sought after artifact. There are nine pieces of it that she and the rest of the crew need to collect, and you have the opportunity to try and capture it during Season 5.

To unlock the nine artifact pieces, you need to find Treasure Packs. You can find these while playing the game, and you can usually locate them from crates scattered all over the map. There’s no direct method of finding them. Your allies might ping to you the location of a Treasure Pack, but it won’t always happen. You can obtain a single Treasure Pack each day, which comes with a reward.

After you unlock your Treasure Pack for the day, you won’t be able to unlock another until the 24-hour timer restarts. The start of every new day in Apex Legends occurs at 12:00 EST.

Each week a new Hunt is unlocked in Apex Legends after you meet the Treasure Pack requirements. Unfortunately, for the first week, it’s only a text-based story dialogue about the set up The Broken Quest. We don’t have any exact details about what these Hunts detail, but they reward you with a new weapon charm, a piece of the artifact, and the next chapter in The Broken Ghost story.

Make sure to obtain your daily Treasure Packs to have enough each week to unlock another piece of the artifact. A new artifact piece will drop every week in Apex Legends on a Tuesday at 12:00pm EST.