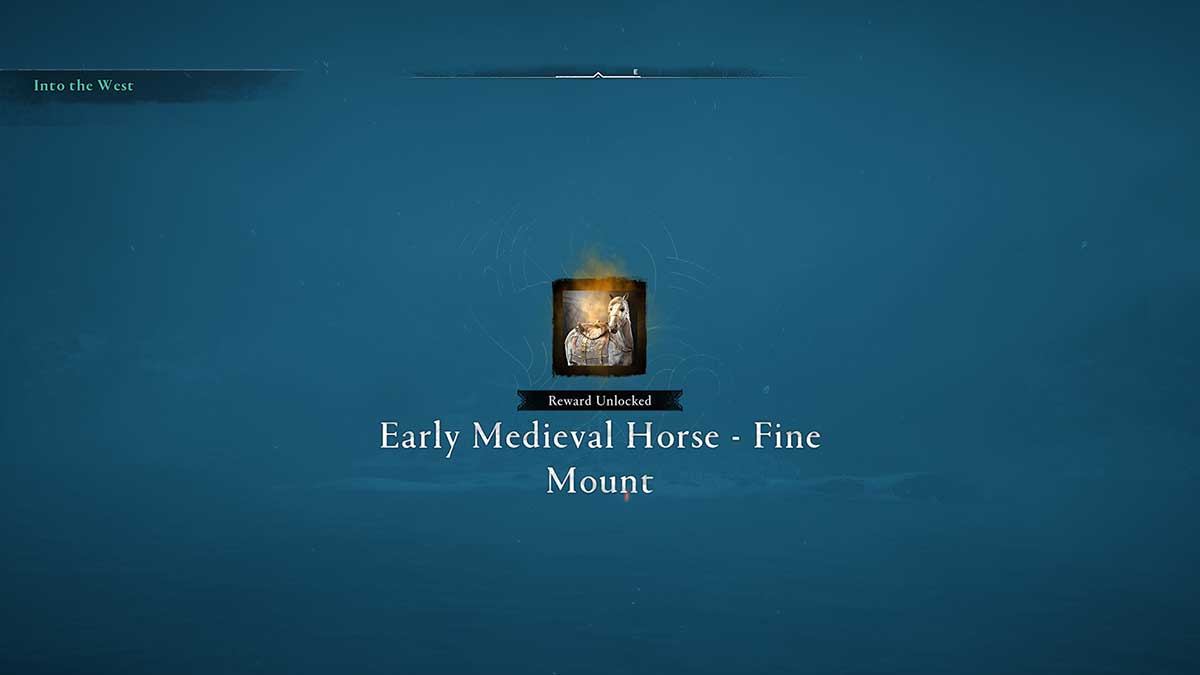 There’s a lot to unlock in Assassin’s Creed Valhalla Discovery Tour: Viking Age. In addition to the Discoveries and Behind the Scenes details placed around each quest, you’re able to collect some new items to use in the base game. In this guide, we’ll cover how to unlock the Early Medieval Horse – Fine Mount so you can start riding it as Eivor in Assassin’s Creed Valhalla.

To unlock the Early Medieval Horse – Fine Mount, you need to complete Into the West in Assassin’s Creed Valhalla Discovery Tour: Viking Age. This quest sees a familiar character stuck without a navigator as they try to voyage across the sea to England to start a new life. Not only will you need to navigate bad luck, but you’ll also have to persuade a group of sailors to join you on the voyage before finally heading out to recruit an old enemy.

Once you’ve recruited this old enemy and started to sail off into the storm, you’ll receive a notification that you’ve unlocked the Early Medieval Mount – Fine Horse. You’ll need to connect to the internet to confirm the content and fully unlock it, but then you can load up a save file in Assassin’s Creed Valhalla and begin riding it around England.