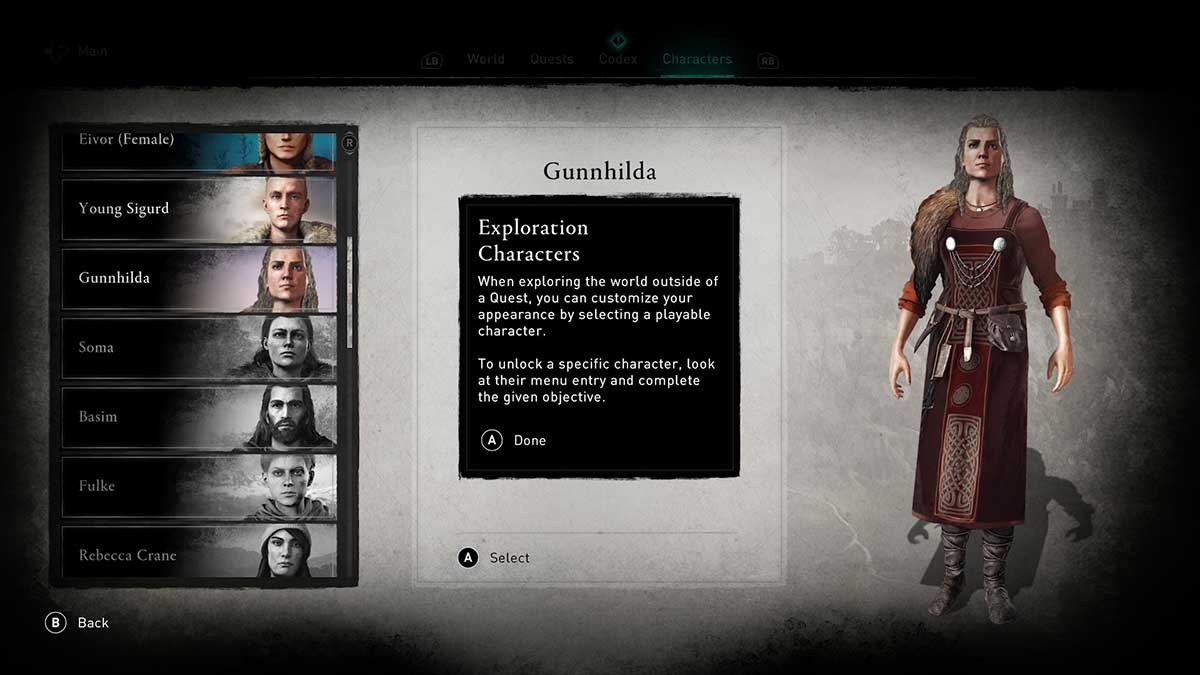 Assassin’s Creed Valhalla Discovery Tour: Viking Age is a unique way to experience the Viking world that the base game brought to life. It’s combat-free and packed with Discoveries and Behind the Scenes collectibles for you to find and learn through. What you probably didn’t know is that you can experience this new slice of the game as one of several characters, swapping between them at will. In this guide, we’ll explain how you unlock new characters so you can start playing as them in Discovery Tour: Viking Age.

How to unlock new characters

You’ll likely discover that you can unlock new characters in Discovery Tour: Viking Age when you unlock Gunnhilda, the wife of Thorsteinn, the protagonist in the game’s first quest. You can unlock eighteen characters on top of the six you start the game with. Characters are unlocked in various ways, for example, by collecting Discoveries and Behind the Scenes collectibles throughout each quest. You can find these dotted about the small portion of the world every quest is set in. By collecting more of them, you’ll unlock new characters that you can use later on.

Some characters are unlocked through specific means, though. Valka, for example, can only be unlocked by completing the Alfred’s Legacy quest. This means that you’ll need to advance the overall story and progress through each quest until you finally unlock Valka to play as her. In addition, there may be secret characters to unlock in Discovery Tour: Viking Age, but none have been discovered at the time of writing.