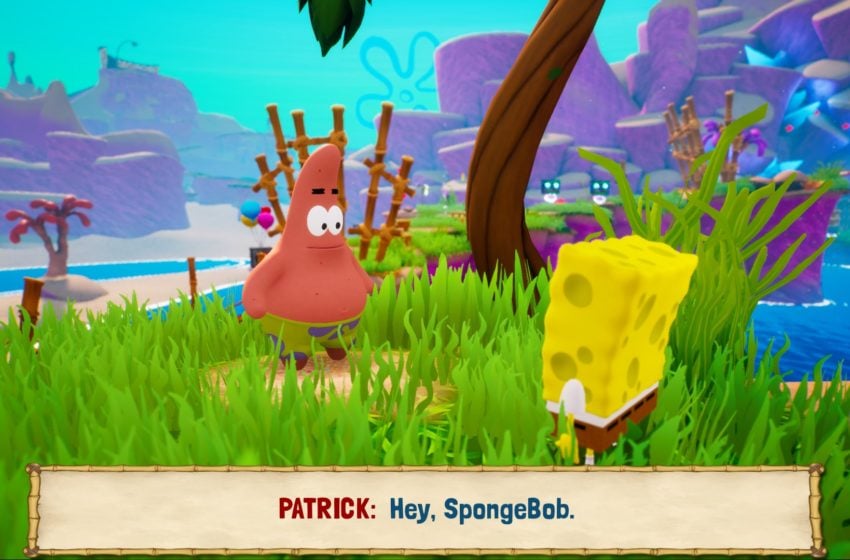 You have the option to place as Patrick Star, Spongebob’s best friend, in Spongebob Squarepants: Battle for Bikini Bottom – Rehydrated. To unlock him, you need to save him in Jellyfish Caves after making your way through Jellyfish Fields.

After arriving at Jellyfish Caves, have Spongebob use his tongue to glide down the slope of sand to find Patrick on a high cliff. To reach the top, you need to click the three buttons protected by duplicators and robots. The duplicators will consistently create robots for you to fight in the middle of the area.

Each of the buttons requires you to jump across these small platforms to reach them. Your best bet is to go to the button of the right and then left before hitting the final one directly in front of where you start the encounter. Make sure to take out each duplicator you find at the buttons. Every time you reenter the main area to activate another switch, you will need to fight a handful of robots, some of them will have a large hammer. Use your attack button when approaching them, and you should be able to knock them away before they do any harm.

Once you hit the final button in the middle, three platforms will rise in the back. You can use them to make your way over to Patrick, where you will now control him. He also has a golden spatula for you. After you pick up the golden spatula, you can switch between him and Spongebob using a bus station for the remainder of the game.