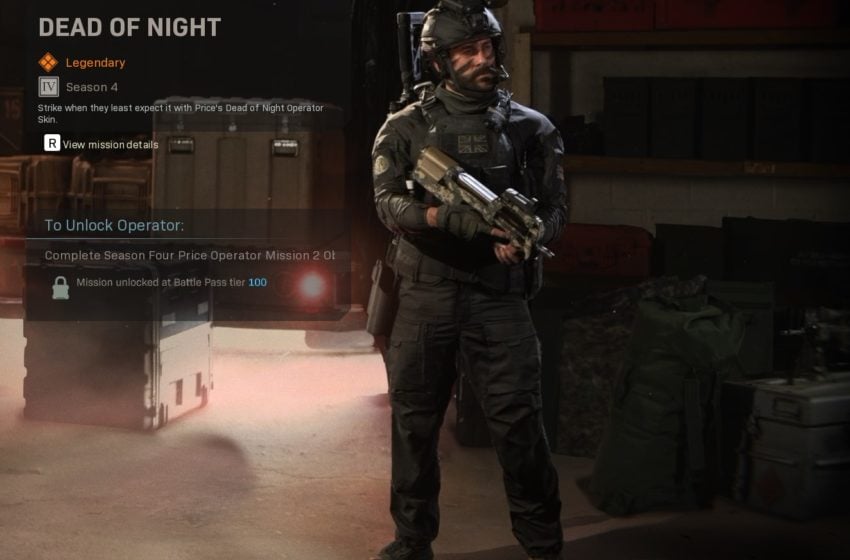 Captain Price is the new celebrity operator available in Call of Duty Warzone for the game’s Season 4 release. You can unlock him for the Coalition on the SAS side by purchasing the Season 4 battle pass for 1,000 COD Points, which costs $9.99 in the in-game store. He will immediately become available after purchasing it, and you can take him into your first Warzone match. He has four available skins you can unlock throughout the season, and his ultimate skin is called Dead of Night.

The Dead of Night skin is available to everyone who completes the battle pass and who reach level 100. It’s the final level, and it will take you a considerable amount of time to make it to the end. You will receive plenty of rewards along the way, such as additional weapons, character skins, emotes, emblems, call signs, COD points, and much more. However, even if you make it to level 100, you still need to complete Price’s missions.

He has four missions available that you need to complete before you unlock the Dead of Night skin. Each mission comes additional rewards, so you have further motivation to make sure you get these done. These unlock at level 100, so you can’t work on them until you reach this tier.

You will need to complete the previous objective before moving on to the next one. These missions are separate from the first tier of Price Operator missions, which unlock at the first level of the battle pass. You have until the end of Season 4 to try and add this exclusive Price skin to your collection.