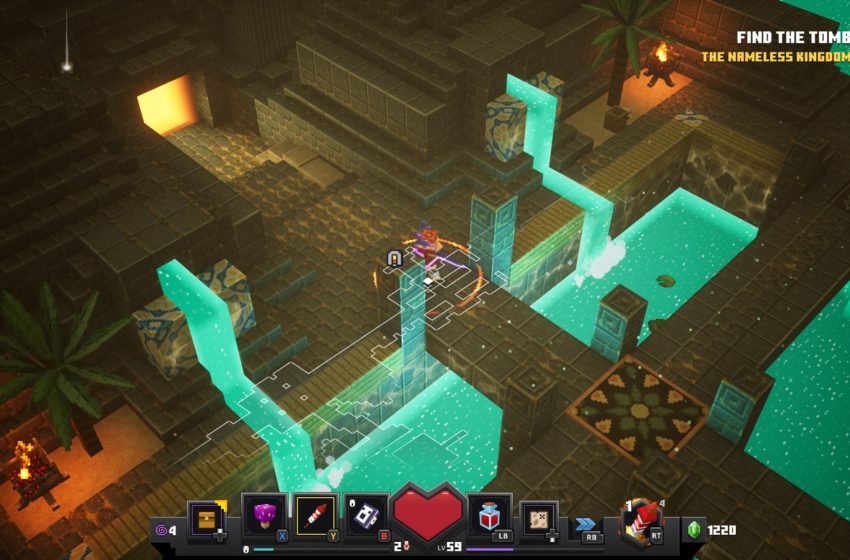 The first thing you need to do is go to the Desert Temple, and you can visit it at any of the available difficulties. You want to make your way through the level as you normally would until you reach past the golden key portion, where you need to unlock the gold door. After you unlock it, proceed through the doors opening and closing until you reach the four-way crossroad surrounded by water. Go to the left to the highlighting door and move inside.

The next area will vary in appearance, but the goal remains the same for every player. There are three pillars you need to interact with, and all of them are on varying sides of the smaller dungeon. Run to each location of the area to interact with the pillars, so a white light shoots out of them. After you have all three, look for a bridge that should come up to give you access to the new secret area. The map is usually at the center of the dungeon for every player. Interact with the map, and the Lower Temple mission should unlock for you.