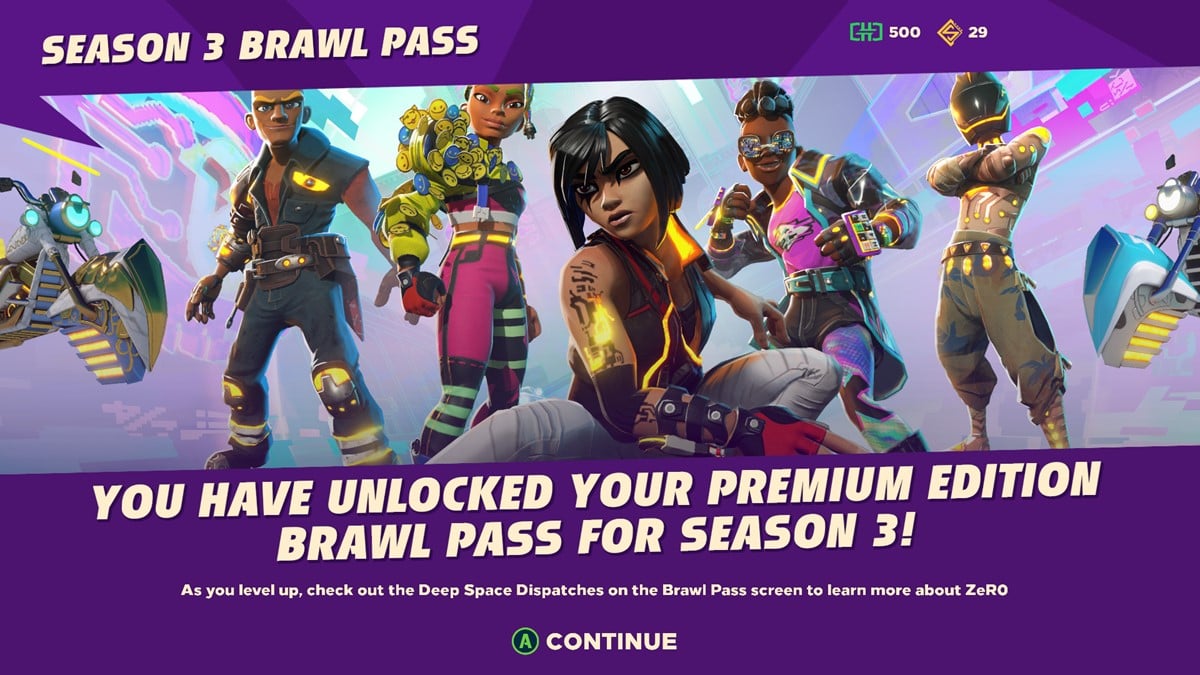 Season 3: Hacked is the first season of Knockout City to have a battle pass, or Brawl Pass, as they call it. This is, like in other live games, a reward track where you can get limited-time base and premium cosmetics over the course of the season. There are 100 levels total, and each level can be earned via gaining XP or by completing weekly challenges. The challenges appear each week, but they also remain for the whole season. In order to unlock all of the rewards, however, you are going to need to unlock the Premium Battle Pass.

Like most games, you need to buy the Premium version. However, Knockout City is much more forgiving than most similar titles. The Brawl Pass can be purchased with an in-game currency called Holobux. Holobux are not super common, but they’re are also not as hard to get as most premium currencies in-game.

You will only need 950 Holobux to purchase the Premium Brawl Pass. You can also purchase a more expensive bundle version of the Brawl Pass that comes with 25 levels already unlocked.

If you are new to the game, and you want to buy into the season, completing the training will earn you 650 Holobux already. You will only need to earn 300 more Holobux via daily logins or Street Rank level-ups in order to purchase the pass without spending any additional money. You can also buy Holobux with real money, if you wish.

Once you have purchased the Brawl Pass, it may not show up as unlocked, and your Holobux will still be gone. Do not worry if this happens to you. All you need to do is quit out of the game and reload it. Once you do your Premium Brawl Pass purchase will now be visible.