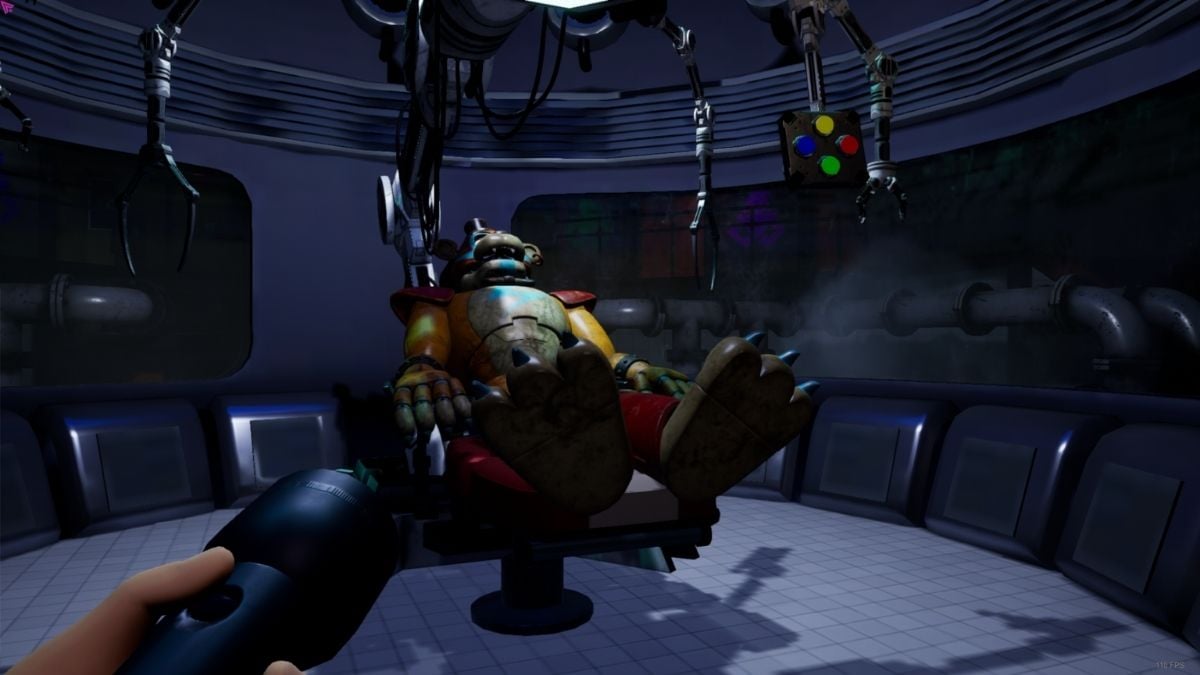 Freddy acts as an ally throughout FNAF: Security Breach. He is there when you need him and will keep you safe from the other animatronics. Because of this, it is only fitting that he get an upgrade at some point. Here is how you upgrade Freddy in Five Nights at Freddy’s: Security Breach.

The stage has been set and you’ve lowered yourself and Freddy down into the sublevels of the pizzaplex only for Freddy to be kidnapped by Moondrop. After this happens, you will need to survive the hallways filled with endoskeletons to get access to the area where Freddy is being held captive. Once you have access, you will see that Vanessa has Freddy trapped in a cylindrical room and his head has been removed.

Completing the upgrade is like playing a game of Simon Says. You will first need to reattach Freddy’s head. Pay attention to the sequence of colors that plays and press the buttons that correspond to each color. After Freddy’s head is reattached, you will need to play Simon Says again with a little pad with four buttons on it. This will ensure that everything was attached correctly. Once that is done, interact with the computer again to confirm the upgrade.