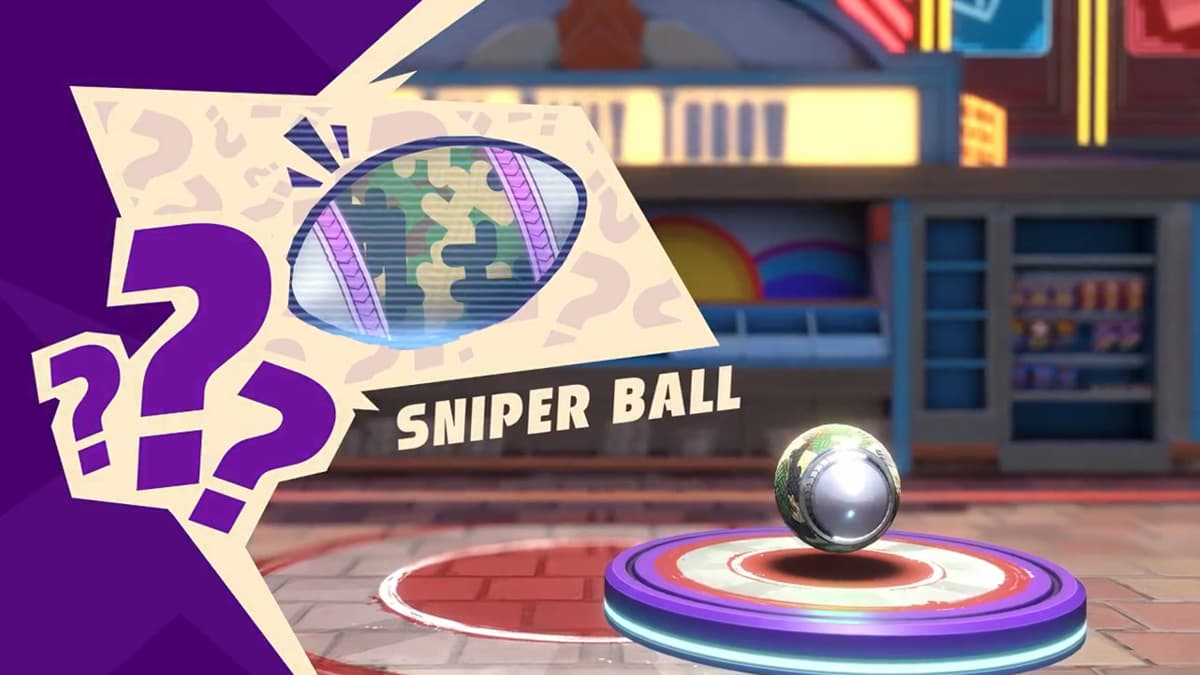 In most cases, Knockout City is a mid to close-range brawl at all times. Typically, when you grab a ball and are about to throw it at an enemy, they are at a manageable distance from you. How could you expect to be accurate throwing a dodgeball from across a map anyway? Someone should probably tell the developers about this since they have included a special item called the Sniper Ball, a football-looking weapon for you on the field. Here is how to use the Sniper Ball in Knockout City.

As mentioned above, the Sniper Ball is shaped a lot like a football, and because of that, it has a much more straightforward trajectory when you throw it. When you get your hands on one, you need to charge it up to get the most out of it, but you can only charge it when locked onto an enemy. When locked on, a laser pointer will be trained on them, so they know you are looking at them with a Sniper Ball. This means that not only do you need to wait for the long charge, but the enemy knows it’s coming. However, once you let go of the ball, it is the fastest moving in the game and will be challenging for the opposition to dodge or catch.

If you decide to let go of the Sniper Ball before it is fully charged, it will come out very slow and will awkwardly fumble through the air like a real football that has slipped out of a quarterback’s hand. While the full charge is challenging for the enemy to get away from, a rushed throw with the Sniper Ball is the easiest in the game to avoid. This makes the Sniper Ball the worst in Knockout City for traditional fights but the only lethal long-range option.