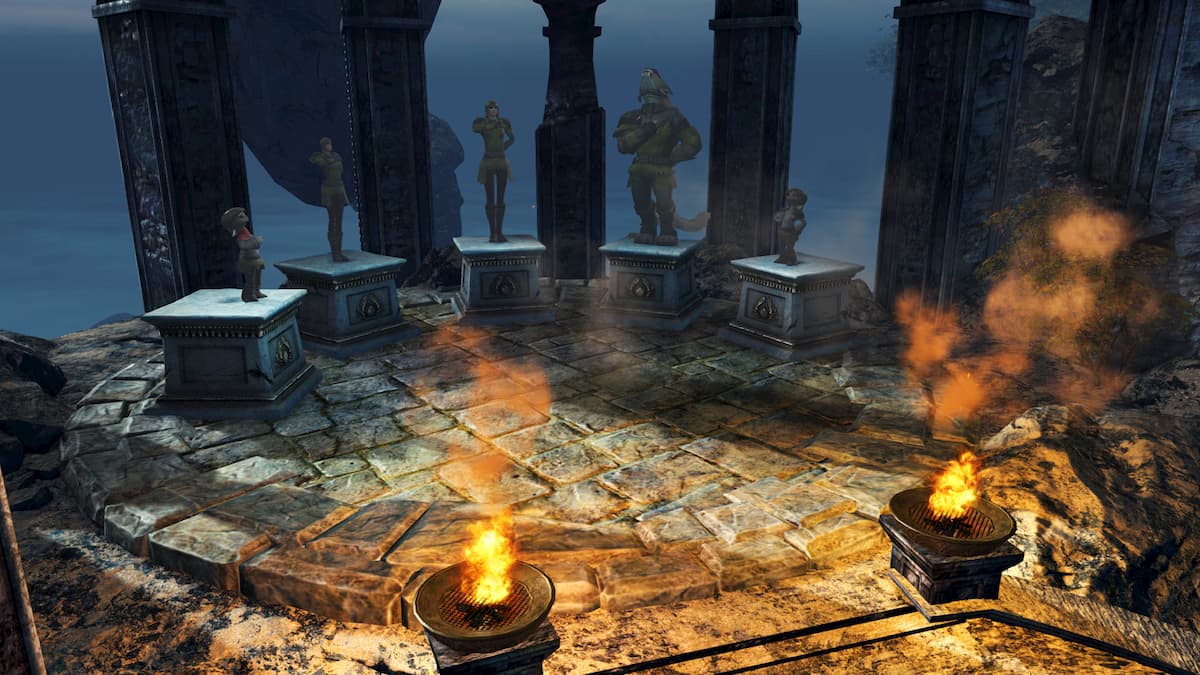 The world of Guild Wars 2 constantly changes, and there’s never a shortage of challenges while you’re playing in World vs. World. Here, we’ll look at a few different tasks you can tackle, including objectives, improvements, tactics, and automatic upgrades.

You’ll notice a pop-up on the left of your screen when you accept an objective. Typically, guilds with the most people get the first shot at an objective, and this will grant you a passive buff to unlock inside your guild hall. Objectives also open up the use of improvements and tactics, which we’ll discuss below.

Active upgrades for your guild are called tactics. When you activate a tactic, you’ll create a temporary benefit directly at the location of your objective. These can include banners, a temporary waypoint for reviving, and a collection of invincible dolyaks, removing some of the legwork involved in escorting a caravan. Remember that tactics are active, so you’ll need to click on them to take advantage of their resources.

Improvements offer similar benefits to your objectives, but they will automatically start once their cooldown timer has expired. Depending on the tier of your improvement, you could speed up your dolyaks, reduce all incoming damage, or give stealth to your allies while completing your objective. Unlike tactics, you won’t have to activate these each time you want to use their benefits.

You have many options available to you with each tier increase. You can choose additional guards, a supply hold increase, or a boost in health and defense for your walls and gates.