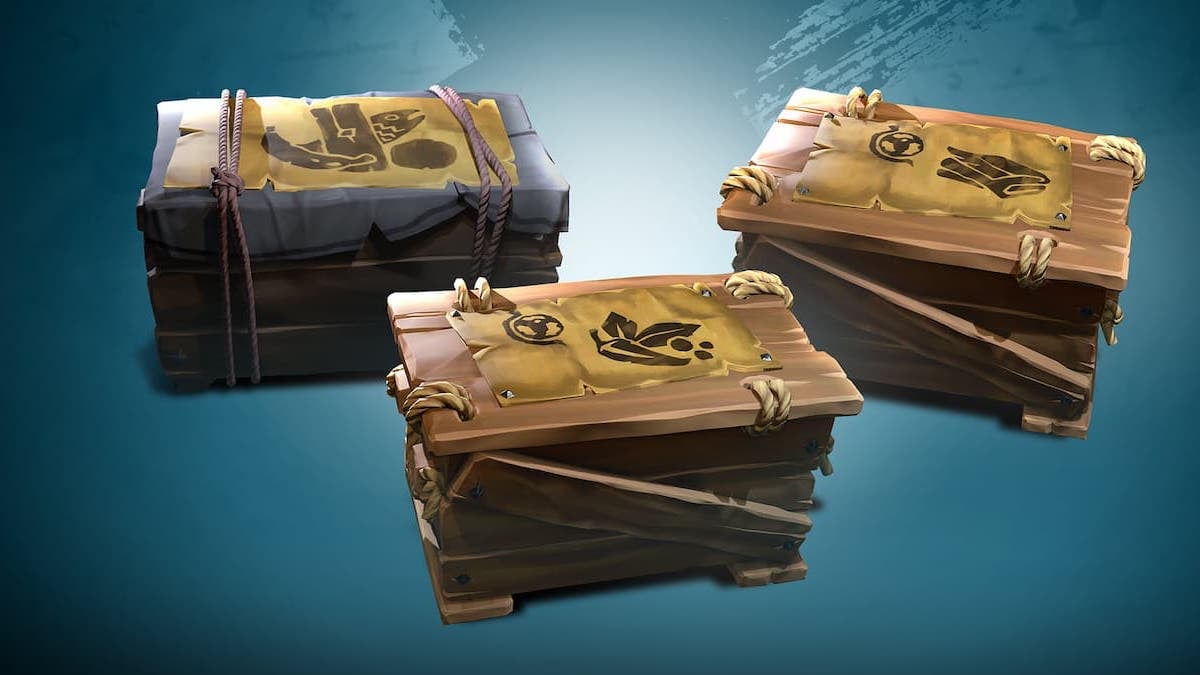 A newer trend in recent Sea of Thieves updates has been the addition of several features and tasks relating to the Merchant Alliance trading company. Season One of Sea of Thieves brought the Lost Shipment voyage type, while Season Two incorporates Trade Routes. Through buying and selling Commodity Crates at Outposts, you can potentially make a profit.

Where are Commodity Crates in Sea of Thieves?

Go to the Merchant Alliance vendor on any Outpost dock — in order to buy or sell Commodity Crates, you have to raise your Emissary Flag for Merchant Alliance at the table. Speak to the vendor NPC — along with being given the option to purchase Voyages, promotions, and rewards as usual, you can also Browse Resources and Commodities. In the latter menu option, move a tab to the right to look at the Commodity Crates.

What are Commodity Crates in Sea of Thieves?

There will be a variety of materials to buy from this Commodities menu. Essentially, you have to buy Commodity Crates from one Outpost and sell them to the Merchant Alliance vendor on another Outpost. The Commodities and their usual price are as follows — and don’t forget to redeem your purchased Commodity Crate from the merchant:

However, the amount of gold you will receive from different Outposts will depend on the demand for Commodities from each of them. Basically, you want to buy low and sell high.

Look to the left of the Merchant Alliance Vendor to see a book that lists the current supply across all Outposts. The book organizes these Outposts by region, and each listing tells which materials are Sought-after or have a Surplus at that Outpost. Here is each Outpost by region, in case you don’t know off the top of your head:

For maximum profit, you should buy Commodities that are in surplus at one Outpost but are sought-after on a different Outpost. For example, Raw Sugar may be cheap and in surplus in Sanctuary Outpost, so buy those materials and sell them at Ancient Spire Outpost, where they are sought-after and will sell for more gold.

These trades may take you on long journeys, so it’s up to you how you want to approach these trade routes. Be on the watch for Reapers or other nefarious players who may try to sink your ship and steal your commodities. Keep in mind that when you buy Commodities from an Outpost, they will be out of stock until three full in-game days later at 6 AM (again, in-game — check your character’s watch) or about one hour of real-life time. However, you can freely buy Commodities at other Outposts.

Additionally, these Trade Routes and the supply and demand for these items will last one real-life week before changing.